Who’s ready to watch this years Arrowverse crossover who or what is everyone looking forward to see?
I would love to see if they could bring back the actor from old shows from the 80’s and 70’s shows like:

Linda Carter reprising her role as Wonder Woman, she’s been back in DC’s Super Girl as the president of the United States but it would be great if they have her Wonder Woman version for a cameo.

It would be great to see

Lynda as Wonder Woman
Brandon as Superman, the successor to Christopher Reeve
And
Kevin Conroy, successor to the Batman of Adam West

Perform some kind of holding action, giving time for the main CW cast to save the Multiverse

I would like to see them visit all the old shows that didn’t last more then one season or didn’t get a good run because of the timing or the special effects due to the time they were made in. It would be a great way to have a small catch up for die hard DC fans who grew up on the old shows and aren’t watching the new ones.

I remember seeing Linda Carter mentioned but don’t think it was a for sure. Tom welling, Kevin Conroy are for sure. Dean Caine shouldn’t be too difficult to cameo he was in supergirl after all. Some of the farther back actors though before 1989 I wouldn’t expect much of that…

I saw a post about Adam west’s Robin the actor but having a cameo though!

I’ve seen some conflicting reports about the possibility of Titans characters making an appearance, so I’m still holding out hope that that could happen. I wouldn’t expect anything too big, but I feel like they should be able to at least make a quick cameo, especially considering the crazy amount of characters/worlds that are already gonna be in Crisis

Burt Ward is definitely gonna be in it, though it’s not confirmed if he’s gonna be playing an older Dick Grayson. The set photos show him in a red, yellow and green sweater, which is definitely promising

I’m excited. I have high hopes for it. Many of my wishes for the event have already been confirmed. Kingdom Come Sups, Tom Welling and Kevin Conroy cameos, etc. My only wish that is still a rumor is Diggle becoming Green Lantern.

I am still excited we will get a an appearance (I assume a cameo) from the girl who played Huntress in the Birds of Prey Show. Given the actress who played Black Canary is the same one who plays Alice in Batwoman, meaning clearly she is availiable, I hope she will reprise her role too. In Birds of Prey the show ended before she became Black Canary, she was still in training. So would be cool to see her in costume paying off that she did eventually assume the mantle. When will they have another chance to wrap up that loose end?

As for some of the others mentioned. I checked and Joanna Cameron retired from acting in 1980 and has gone on to live a normal life. Doesn’t look like she even does cenventions so even if they could get hold of her doubt she would want to do it. Dean Cain and Teri Hatcher would seem like ones that would be game, Dean Cane espcially. Kind of surprised they haven’t been announced.

I would love to see the Superboy character, by Christopher or Newton come back, and Gerard Christopher still is in great shape especially for someone who is now 60… kind of think he should have played the Kingdom Come Superman, but even if he was willing can’t argue for money issues (since Brandon Routh is in Legends already) and giving fans what they want it made more sense.

Linda Carter I saw in an interview with her years ago, she has said she kind of doesn’t want to reprise the role in anything. Because it was until the movie the lone live action adaption and she is still immortalized as Linda Carter in her prime. I mean don’t get me wrong, Linda Carter still looks amazing especially for someone pushing 70, but doubt she could recapture the magic of playing that role back in the day.

I have a feeling someone is being held back from us knowing. Not venturing to guess who but think some big guest star is being kept secret for a surprise reveal. But as far as the “older” DC Hero Stars from the short lives shows… I think Birds of Prey is probably the best we are getting, and fully expect it as well as some of the other old timers to be brief cameos.

What I would love to see although don’t know the money or legistics, is to maybe do some montage of the skies all turning grey, or shadow armies descending on a bunch of earths at once, or the life. And throw in some footage from old time shows digitally altered.

Like have a montage of the skies turning red at once, throw in the heroes we have heard about reacting, but stick in maybe Christopher Reves Superman flying from the movie altered to look like he is responding, The Gotham cast reacting, etc. Sort of how Doctor Who or Star Trek inserted new elements into old footage. Don’t know what kind of rights issues that would involve, but would be great if they could do something like that. 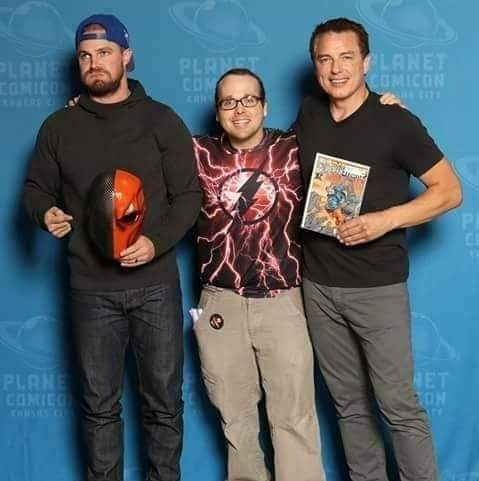 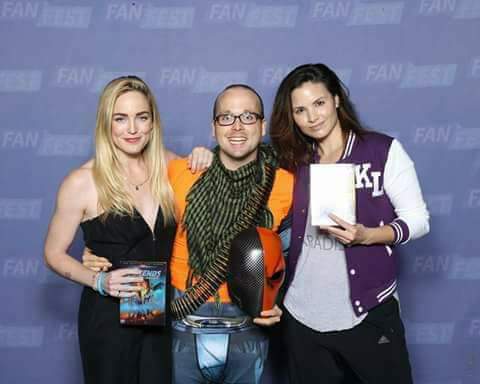 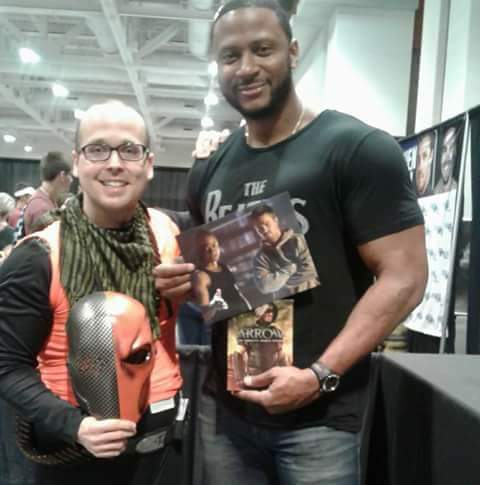 Please don’t use this platform to get followers on your FB, Twitter or IG accounts.
I created this conversation for fans that want to talk or give their views on the topic

A lot of fans, myself included, are hoping that Crisis marks the end of the big annual crossovers for a while in favor of smaller crossovers throughout the season. That way they wouldn’t have to worry about going bigger than the biggest thing they can do while still giving us occasional character matchups that we usually don’t get to see