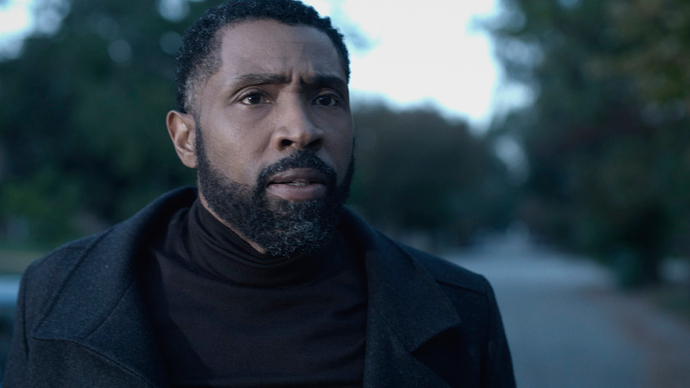 Though Batwoman was off this week, we still got some Black excellence with the premiere episode of Black Lightning’s final season! Jumping ahead a year after season 3, season 4 starts with a despondent Jefferson Pierce who’s still mourning the loss of his best friend, Bill Henderson, and remains at odds with his family over how to best protect themselves and Freeland. And while Anissa, Jen and Lynn continue to argue with him, Tobias Whale begins enacting his plan to reclaim his former glory…

1 Like
Community Events Calendar
Community Event Highlights: Week of 2/15 - Half Price Chocolate Doesn't Compare to Our Clubs!
arkhamassassin February 12, 2021, 1:01am #2

Knowing that this episode takes place after a full year, do you think that Jeff should’ve gotten himself back together by now, or you do you feel that his lingering sadness and anger are more understandable even this long after Henderson’s death?

If you had told me this was how Jeff was reacting like a month after Bill died and the Markovians were stopped, I would’ve fully believed it. But a year? I really feel like that should’ve provided enough time for him to heal and at least somewhat move on, so it’s clear that Jeff never properly took the time to address his deep hurting. Considering that he’s still not nearly on the same page as his family and hasn’t suited up as Black Lightning since then, I figure that he must’ve just thrown himself into his work completely, since I can’t figure out what else he would’ve been up to. While it’s definitely fascinating to see him go through this, it’s also pretty painful and makes me want to see him get better that much more

Do you feel that the year-long jump between episodes was fitting, or should it have been something less than that?

Right from the beginning, I was questioning why exactly the show went w/ a jump that was so long. Considering that they were able to finish filming for season 3 before productions started getting shut down, I wasn’t necessarily expecting this to pick up immediately after the finale like some of the other shows have/will do. And I know that they couldn’t just gloss over Jeff’s pain, as that would’ve made the events of the finale feel a lot less meaningful. So with all that in mind, why not keep the jump to a month or two instead of a full year? I know we’ve seen these shows want to maintain a schedule of taking place in real time, but that isn’t always the case. It ultimately comes down to a creative decision. I’ve never fully understood why some shows insist on taking place in real time, and that desire would seem even less important in the show’s final season

Should the Pierces kill him for everything he’s done and certainly will do to them and Freeland, or should they continue to find a way to bring him to justice?

While I don’t think that any of the Pierces should end Tobias, since premediated murder is different from killing in the heat of the moment to protect yourself, I also can’t imagine how else he’s going to be fully stopped. Given all of his connections, it’s reasonable to think that he can still fully operate from inside of a relatively normal prison, and last season showed that even an off-the-books black site facility can’t hold him for good. So basically I think that someone else should be the one to take out Tobias permanently. I could certainly see someone like Gambi taking that burden off their shoulders. Whether he’d be arrested or just disappear after killing Tobias, he’d be able to do it in a way that likely wouldn’t be too damaging to any of the Pierces. That kind of solution could end being the best of both worlds in terms of eliminating their biggest problem for good while not further corrupting any of them, potentially to the point of no return

If there was at least a chance that the show was continuing past this season, I’d probably be more likely to think that it would go on past this season. It might not always be an active problem, but it’s something that could still linger in the background only to rear its ugly face every so often to show how addiction can remain a major problem even after it’s seemingly conquered. But since season 4 is it for Black Lightning, I’m now of the mind that we’ll actually get to see her kick the habit for good

Though I don’t expect a finale that’s completely bright and happy, I guess I have to believe that the show will still end on a mostly positive note, and that would include Lynn and Jeff being back together and on the same page. Just like how I feel that can’t happen until Jeff finally addresses his buried anger and sadness, I also feel like it can’t happen until Lynn is able to kick this problem of hers. They’re gonna need to have some brutally honest conversations where this addiction will certainly be addressed, but they’ve been through incredibly rough stretches like this before. As painful as they can be to watch, they’ve proven time and time again that their love for each other can and will win out in the end

I have just begun watching Black Lightning on Netflix and love it so far and I also look forward to catching up so I can join in on this conversation. I will say that after watching the trailer for Season 4 (Which i’m sure was reused footage from Season 3) I was surprised to see that it seemed like aside from added heroes (his daughters), we were still close to where I am at the beginning (In the grand scheme of things, I’m sure a lot has happened haha). I hope that Painkiller gets picked up because I feel like a younger anti-hero will compliment the Cw’s Lead in show “All American” and with the news that HBO Max will be pumping money into the CW DC Shows, I think it will work well as an HBO Max series as well.

Hope you can catch up soon! Thankfully it’s not too bad of a binge compared to most of the other Arrowverse shows w/ less than 50 episodes thus far

I don’t know, the whole episode felt off to me. I thought it was one of the worst shows they have done so far. Didn’t even seem to have the same cinematography and looked different throughout. Not sure how to explain it better.

I can’t say I noticed anything particularly different about the cinematography, but I can definitely say that the time jump did kinda mess w/ this episode a little more than I would’ve liked. I wasn’t actively thinking about it the whole time, but I think it was still there in the back of my mind throughout the episode

With loss, the first year is usually the worst. I liked how Alvin’s words were repeated when Jeff was talking about Henderson. I feel Jeff’s pain; I really liked Henderson.

Tobias: It is a tough call. Killing him does protect their identities and whatever other secrets he might have. But they shouldn’t because killing makes them no better than the villains they are trying to stop. The Batman Trope to make it less keystrokes.

I like the depiction of addiction even though it’s not your classic street drugs. The message is still the same.

It sucks that this will be the last season, but overall, Black Lightning has been about Jeff’s family as much as it is about having powers (and who has them). It’s been really good soap. If this reads weird between this thread and the following week, it is because I posted to them out of order: I posted here after I posted there.