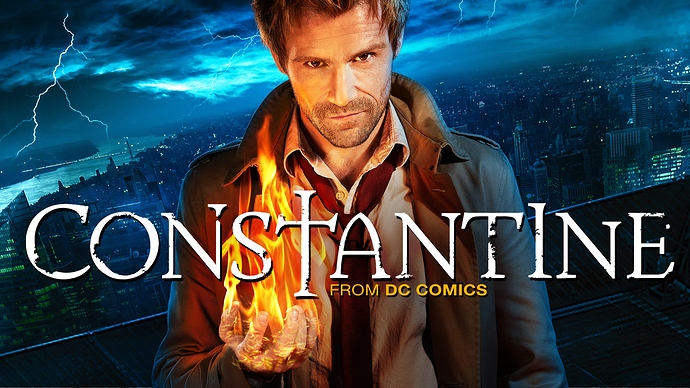 Before he was a Legend, he was a lowly sorcerer trapped in an asylum, but all that’s about to change. Join us as we look back at John Constantine’s beginnings in the Arrowverse with the pilot episode of his short-lived NBC series, “Non Est Asylum.”

Though the show wasn’t conceived to be a part of the Arrowverse, Matt Ryan’s later appearance on Arrow and subsequent starring role on Legends of Tomorrow gave the producers the chance to retroactively add that version of the character to this continuity. So while it may not be considered a core Arrowverse show like the ones that air(ed) on The CW, it’s still a fascinating section of the universe that left plenty of fans wanting more. There may not be any time-traveling here, but there’s plenty of supernatural horror at the beginning of what’s come to be regarded as arguably one of the best comic book character portrayals in recent history.

You can find the series on DCU right here. And if you’re not a member already, be sure to join the Arrowverse Couch Club, as we’ll continue hosting monthly meetings and special events like this during the ongoing hiatus. Click here for more information and here to join!

I might be watching my niece that weekend, but if I’m available, I’ll totally be here! I’ve been meaning to watch the show for a while now, but I’ve still never seen it. This is a great excuse!

Glad to hear it! Hope to see you back here then!

After a few delays, we’re finally set to get this going tomorrow night. I’m hoping that plenty of you can join and watch with us!

Sweet i was looking forward to starting this up again!

One hour to go!

Glad you could make it, and w/ 20 minutes to spare!

Im here too, just bouncing back and forth between work, and the countdown.

This was covered
in issue 11
Of that series

I forgot to turn it on until now. I almost missed it

Everyone ready? Let’s get this started!

What’s happening? I clearly remember absolutely nothing about the pilot