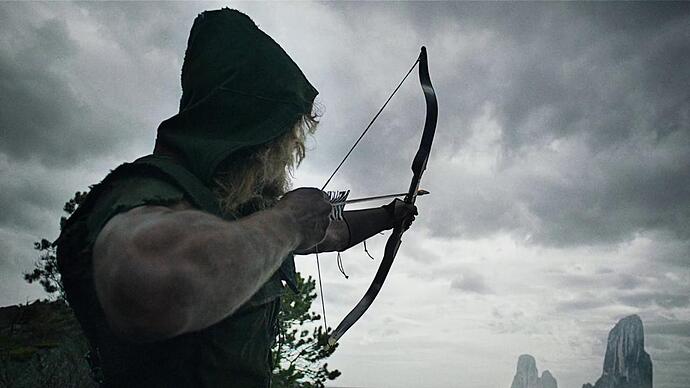 His name is Oliver Queen…

To kick off the Arrowverse Couch Club’s monthly watch-alongs, we’re going all the way back to the beginning with the pilot of Arrow! Before metahumans, magic, time travel and aliens, there was just a man on an island with little more than a bow and a mission. Considering how incredibly large this universe has become, it’s always interesting to go back and see just how different things were at the start when Oliver was starting out as Starling City’s brutal vigilante. Join us as we look back more than eight years ago to see the man who would be the Green Arrow return home and begin to enact his vengeance against those who have failed his city.

Although DC Universe Infinite no longer has video function, the episode is available to stream on Netflix or for anyone who owns it on VOD or blu-ray.

And if you’re not already a member, be sure to join the Arrowverse Couch Club! Now that new episodes are airing again on the CW, we’re back to holding weekly discussions where we take a closer look at the latest developments. Click here for more information and here to join!

Have fun tonight. Would love to join, but I got work.

Just about an hour left! Hope you’re all sharpening your arrows in anticipation

I remember this pilot episode, I thought it was well done, telling the origin story of The Green Arrow. A episode that started it all!