After watching episode 3, I’d like to hear some theories everyone has about SPOILER flash forward team arrow meeting original team arrow.

Was it the monitors doing?
How will Rene handle the knowledge of the death of his daughter?
What relevance do the flash forwards hold towards the present storyline and the coming crisis?

Let me know your thoughts and theories on this episode! 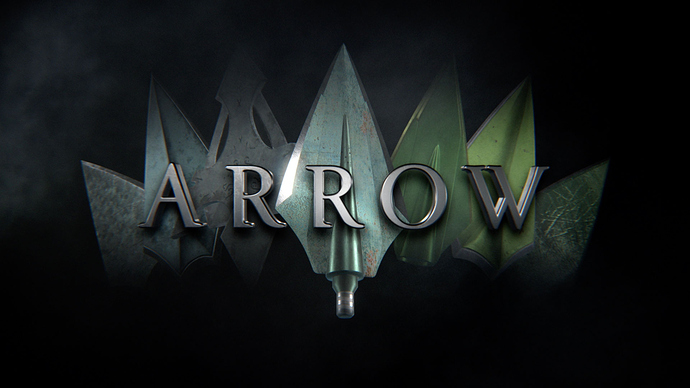 I hope after next week we can finally say goodbye to the flash forward crew. I know that won’t happen as they’re getting a spin off and will probably be here until the last episode, but it’s nice to dream.

That was one of the most shocking endings the show’s ever done, and I absolutely loved it. I knew Oliver was gonna meet future Mia and William, but I didn’t think it was gonna happen until Crisis. W/ the two teams now merged, hopefully we can end the flash forwards and just have a (mostly) seamless timeline in the final episodes.

As for Rene, I wouldn’t be surprised if Mia, William and Connor decide not to tell him about Zoe. They could just say that she’s a hero in the future, but he has no concrete reason to believe she’d automatically come w/ them to the past. The 3 of them might reason that no good would come of telling him, especially since it could negatively impact the timeline even more

I haven’t been a fan of the flash forward bits, but William is starting to grow on me. Maybe I’ll like them better in the present without that drab cinematography. I totally agree that Rene would be the one to say phooey to the rules of time travel and try to save her. But you know, that kind of thing worked in Back to the Future.

I don’t mind the flash forwards as much, I don’t think the spin off will happen…I mean…people are saying so but I thought canceling arrow had a point to it being canceled…I’m fine with the girl power but I’m going to miss the genuine green arrow-olliver. Glad Thea returned…it’d be good to have her and Roy join back with the entire team before the final episode. I loved the Roy and thea stuff back in the day. The future deathstroke gang I feel was an attempt to bring deathstroke into this final season for us fans but it’s not the same as having the actual actor show up in the actual role continuing his storyline which I think deathstroke himself would be a way cooler story than the sexy future female green arrow but whatever— I feel like with supergirl and batwoman and legends there’s enough female power leaders I love and will watch all the shows but there’s a 90s Bruce Willis die hard type Male charisma that gets abandoned with all female leads - I’m not saying they’re bad or wrong just saying olliver - Stephen amell- was really cool in the midst of all of it. Like Star Wars I still love it lol the only white Male is the villain crying in an elevator, in the snow, by his boss lol lots of crying for kylo. I wonder what amell will do post arrow?
Follow me on Instagram frank.franks

Oof I forget that chick was renes daughter

He will definitely find out that she died because… drama. I still have no idea how the future people are in the past hopefully it’s a good explanation since it was a bit wack. I love arrow so much this year , (best cw show this year and of all time only meh season was 4.)

I fast forward the flash forwards. Other than the last few episodes of last year, they were pretty dull. But, now this is interesting. I had a feeling Mia was going to end up in the present somehow before the new show, this is a fun way to do it. More important, this season of arrow is great. We get an All Star Arrow guest of the week for high stakes. Really going out on a high.

Up until now the flash forward storyline has felt totally disconnected from the main plot. Obviously bringing Mia & Co. back to 2019 fixes that, but if JJ and the Deathstroke Gang are along for the ride and that story resolves itself in the present day then the first three episodes of flash forwards will have actually served a purpose! Also, my money is on Mia sticking around in 2019 even if Connor and William go home. That way she can bond with Laurel and Dinah and set up the Green Arrow and the Canaries spin-off.

As for the episode itself, it was great seeing Thea again and Talia is such a fun foil for Ollie. I especially enjoyed her general disappointment with her former student (“You memorized it?” “You didn’t?”). Over in the b-plot, I definitely expected Sandra Hawke to bite it (although I guess the ending sets up the possibility that the future will be changed and Connor won’t be adopted by Diggle and Lyla – why not rewrite poor Connor’s backstory a third time?).

Three episodes in and Arrow is the best it’s been in years.

I hope Connor sticks around. He has a lot of great stories in the comics, great family history, and he’s a great fighter with the escrima sticks. It would be a shame to lose him.

I stick around for the flash forwards. I think people fast forward through the flash forwards because these characters aren’t developed and we already have a fully developed Team Arrow. I understand it’s hard to stay invested when we’ve been watching a show for 8 years, but I’m in for another ride. Arrow’s going out with a bang, but it looks like the spin off will keep us with some of the original team arrow characters a little while longer. As for that, I’m all for it!