So… Naturally, to give this Emiko character some depth (because it wasn’t enough that she’s devoted to the enemy), we discover she is responsible for the tragedy of the Queens Gambit. In season 1 we discovered however, that it was MALCOM MERLYN to be held responsible for this.

Was it Flashpoint that changed all this now? 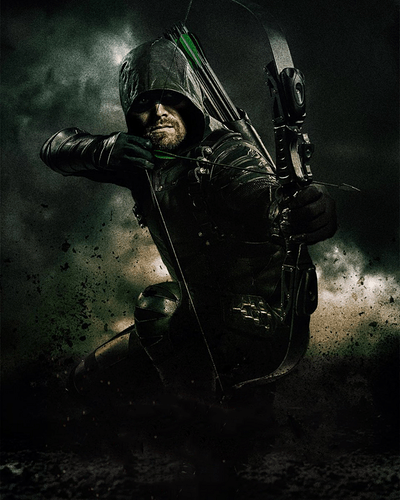 Not sure but I don’t think so, you never know. Could be… who knows what XS and Reverse Flash changed.

In Supergirl’s latest episode we learned that Lex and Tess were behind the krptonite atmosphere and the coffee poisoning.

I think the writers are just exploring new twists so us fans could be like “Oh I remember that! That’s what actually happened then? COOL!” Or at least that was my reaction for both shows, anyway.

Emiko is not responsible for blowing up the Queen’s Gambit - it’s still Malcolm. The paper Dante gave her had the blueprints of the bombs. When Emiko was speaking with Robert, she could have told him to not go on it. While it’s not her fault that the ship blew up, it is her fault that Robert died (and that Oliver became the Hood).

So in theory, nothing has changed?

Feels like some change is coming up, and strange that Team C wasn’t on screen for this episode but hey, Alena is always a welcome sight, am I right?

my impression of the reveal was that Malcolm and the League of Shadows used Dante and the Ninth Circle to blow up the yacht, with Emiko as the one to actually plant the bomb …

Interesting, so we have multiple theories from different perspectives. The episode didn’t give us much but she sat down woth her dad who told her the time and day that they would be leaving, additionally he told her the name of the yacht.

Emiko had very specific details. Maybe, just maybe, she was the main one responsible for EVERYTHING here. While she may not had been (presumably) already in charge of the circle, she most likely had the league arrange the supplies for one survivor - Oliver. She knew that her dad would kill himself to save him, so then it was a plan that took the minds of Malcom, Emiko and Dante to conspire but Emiko was the mastermind. It was Emiko’s first BIG kill and that’s how she earned leadership of the circle. She was even giving Dante orders in the present and scared him by thteatening him, she obs has power.

The truth that she was responsible will come out in an episode soon and Oliver is gonna be hella shocked. Just watch!