Why is she Felicitys daughter??? Stupidest move ever. The episode was great up until that point. They always find a way to twist it in the wrong direction 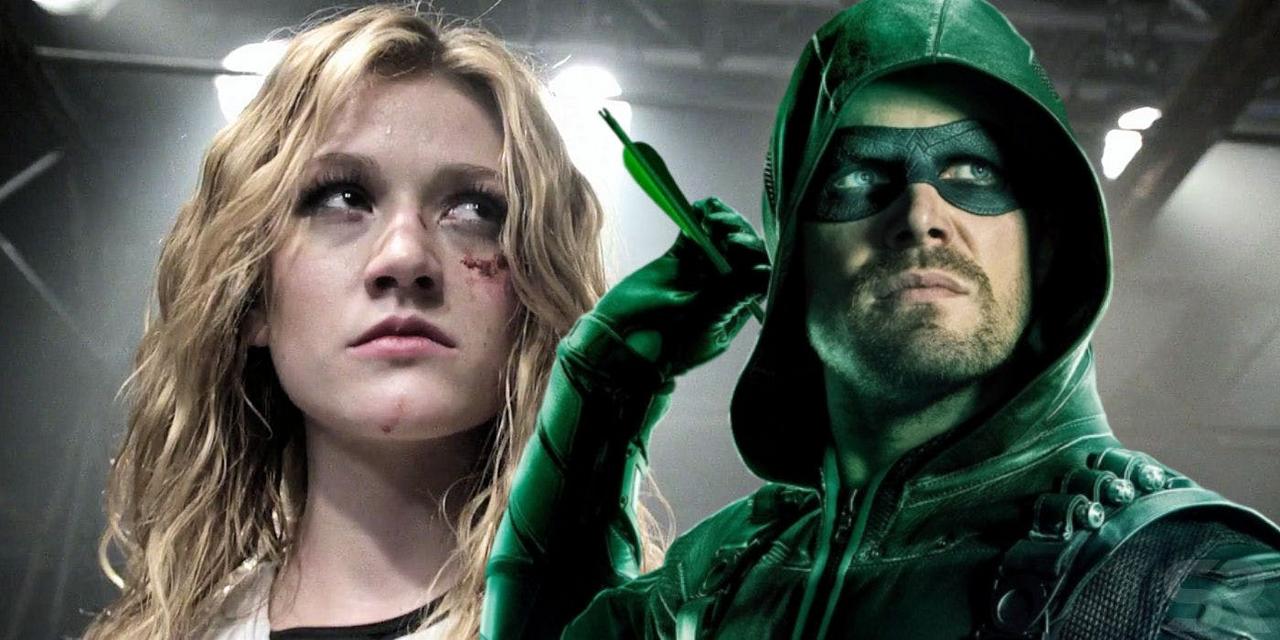 I actually found it really predictable. I had a feeling about it for a while, they thought Felicity was dead for a while and at that point she would be around her 50’s, how else would a young woman her age have some connectionto Felicity?

I was more surprised about future William announcing he was gay (I thought present day William had a crush on Zoey).

It was revealed that William was gay from the first or second episode this season. He mentioned having a boyfriend.

And I like the fact that Black Star is Felicity’s daughter. She’ll have the toughness of Oliver with Felicity’s intelligence. Pretty OP if you ask me.

Flecity is not even part of the comic book mythology. Idk why they steered away from the Green Arrow/Black Canary mash up. But that’s an age old argument at this point, so I’ll leave it alone.

Moving on, Mia Dearden’s exposition was already good on it’s own. They didn’t need to make her Olicity’s daughter -__-. I swear with all this comic book material we have, it’s as if producers of these CW TV shows use less than 10% of it. sigh

But hey… Like I keep saying: I’m STILL A LOYAL FAN AND IM STILL GOING TO WA```
oh whatever…all hope is lost xD. Just kill off Wild Dog and I’ll be alright. Thank you… Love you long time

I guess my question is, how does Mia being Felicity’s daughter hurt the show? Just because it doesn’t follow the comics, doesn’t make it any less good. These shows have to do what’s best and what works for them. Such as, they probably had intentions of doing the GA/BC relationship from the beginning except they realized that the Oliver/Laurel relationship in the beginning just didn’t work. Stephen and Katie didn’t have the best chemistry to be honest and when Felicity was introduced, Stephen and Emily’s chemistry was 100 times better. And many (although not all) fans wanted to see Olicity instead of Lauliver. Of course I’ll admit that the writers had a bad handle on Felicity as a character in seasons 3 & 4 pretty much turning her into what made Laurel a weak character in seasons 1 & 2. Then again season 4 was pretty bad in general. Coming on season 5 to date, Felicity has become a great character again. Yes it doesn’t follow comics but so what? Arrow is its own thing and I personally love it anyway.

Now granted its all a matter of opinion and if you wanted to see something closer to the comics then I can see why you’re upset. But the changes from the comics have been pretty apparent since the pilot. If you can get away from the “comic accurate mindset” you’ll see that Arrow is a pretty good show. I would even say a great show (minus season 4

One more thing: I don’t see Blackstar as Arrow’s Mia Dearden. Thea was supposed to be the show’s Mia because she actually became Speedy. I just see it as them using the name “Mia” as a reference to the comic book character but the not the character herself. So unless Mia Smoak shoots a bow and arrow and calls herself Speedy, I don’t think this is supposed to be Mia Dearden. Also its the future…

@jayco86 I’m just not a fan of the idea that Mia is their daughter. I bet you she is still mia dearden but may have been adopted and changed her last name.

@maddoxx92: that’s fair which is why I said it’s a matter of opinion.

I doubt Mia was adopted considering they revealed Felicity being pregnant. Unless they are trying to pull a fast one on us, but I doubt it.

They did?!! When… I don’t remember

. I didn’t know she was pregnant… I’m watching like six shows (flash, arrow, Black Lightning, Supergirl, doom patrol)… So much to keep up with.

Either way, even though it doesn’t follow the canon by the TEE, it’s survived this long. I just couldn’t believe EVERYBODYS secret identity was exposed in a matter of 30 minutes in that one episode. They’re barely even vigilantes anymore.

But meh… With so many heroes in that show and everybody knows each others business… I guess it doesn’t matter.

Do you think it was a wrong direction for everyone to know GA’s secret identity?

Well It was “implied” she was pregnant with the phone conversation at the end. She gets a call from the doctor which she assumed was a follow up from being in the hospital after being dosed with Stanley’s gas (can’t remember the chemical he used). She pauses for a minute and then says “I’m what?”. End scene Yeah I’m pretty sure “You’re Pregnant” was what she heard. Especially since this happened right before the “Mia being Felicity’s daughter” reveal.

Personally I’m okay with Oliver’s reveal to the public. It adds another layer to show that keeps it interesting. Iron Man did it. If I remember correctly Oliver from Smallville did it too. If it keeps the stories fresh and interesting I’m all for it.

@jayco ohh I remember now. Forgot all about that. Idk why she would need to call a doctor or vice versa to tell her she’s pregnant… But I guess it works. I mean it was only a matter of time.

And ya know…now that you mention it, I believe Green Arrow from the JLU the animated series was also openly known as Oliver Queen.

Do you believe the show is getting stale at this point in the series? Stephen has been talking about doing one more season and that would be it.

I wouldn’t say it’s “stale”. In fact, IMO this could be one of the best seasons of the show. Now that being said, with the “flashfowards” I don’t see how the show could go on for that much longer without them writing themselves into a corner. I enjoy the future storyline for what it is but it keeps the present day storyline going in a single direction. That’s limiting the stories the stories they could tell. I see one maybe two seasons max for this show.

If Arrow does end, I hope Stephen Amell is still willing to don the suit to make cameo appearances on the other shows of the Arrowverse. Arrow may end but I think the Arrowverse may continue on for a while.

@jayco86 agreed. Appreciate the feedback. As I mentioned in another thread a bit ago, I believe as I get older that these shows become less and less tantalizing. Doesn’t make them unwatchable… It’s just… I guess I need more?

Marvels visit on Netflix with their original shows really set the bar high for me. And while the shows here on DC have some questionable story direction issues (i.e., Dick “The Slayer” Grayson) it’s a whole lot better option than CW TV.