The CW’s longest-running DC Comics series, which was renewed for an eighth season back in January, will end after Season 8 airs during the 2019-2020 season. The final season will consist of 10 episodes.

What are your thoughts do you think Oliver will die on the Crossover? 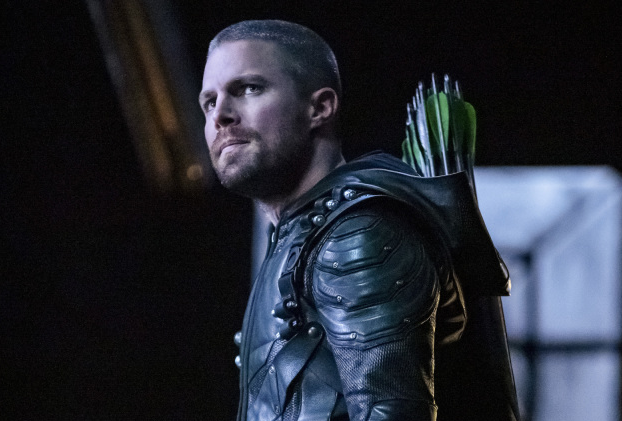 Man im sad as hell about it!
Just watched Stephen Amell on facebook live announce the conclusion of his show!
Does this mean the other shows comic related will follow behind him as well? Is this the begining to the end of the “comic” era for tv! Im saddened by this

I think they’ll want Oliver to go out with a bang. That might not mean death, but I’m sure it’ll shake up the TV multiverse.

Someone call barry!!!
He needs to run back in time. Again!!

Arrow is the longest running CW DC show that began and ended under the CW branding.

Smallville began under The WB branding and ended under that of the CW.

Enjoyed every single season. Hope they go out with a bang. Having said that…hope this means there will be room for…Superman!

@biff_pow, I wouldn’t blame him.

Hard to imagine the entire CW comic inspired line up if Arrow didn’t work. They don’t call it the Arrowverse for nothing. Amell a huge reason it worked.

I’ve been really disappointed with the show since season 3, so honestly, I’m kind of glad for it, maybe this means that Oliver could play a role in other shows and will generally be written better.

I may cry a few indestructible tears.

It’s sad, but it looks like they were setting things up for the inevitable back in the crossover when Ollie made some sort of deal with the Monitor. Ten episodes would put the ending near crossover time which usually occurs in episode 8 (although this current season had it in episode 9).

Things could happen a couple of ways. Maybe the show will have the crossover in episode 10 and end with a bang. Perhaps the crossover will be the penultimate episode and there will be a final goodbye episode of Arrow. However, I think the most likely scenario would be to have the crossover occur in its usual episode 8 spot and have a two hour series finale to tie up loose ends and deal with the crossover aftermath.

The writing has been on the wall for a while sadly. With so many actors voluntarily quitting, as well as the Batwoman show coming(she’ll likely be very similar to his Oliver since he’s written so much like Batman for whatever reason) this really isn’t a huge surprise. It is sad for me tho, as this is my favorite of the CW shows…