Around the Globe with Batman: The World (Part 3) 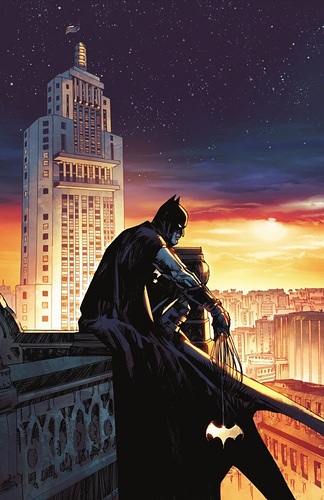 Batman: The World is here, an international anthology of fourteen creative teams from around the world, and it’s here to let you in on a little secret: comics are for everyone, and comics can be anything.

By using Batman himself as a backdrop, Batman: The World presents a unique opportunity to showcase the nuanced differences between different cultures in their approach to comics. Very few cultural icons have achieved the international permeability of Batman, allowing such an exercise to be possible, and we’re proud to use him in this way to showcase for you how these international creative teams use the medium of comics in their own way. This is the last entry in a series of articles where we’ve taken you around the world to explore the comic traditions of each nation presented in Batman: The World. Today, we finish our journey with the rich comic cultures of Latin America and East Asia.

Brazil is home to some of the most passionate DC fans in the world, and it’s nearly impossible to list just how many great talents have come from the nation to join our creative family. We’re talking American Vampire’s Rafael Albuquerque, Superman’s Ed Benes, Wonder Woman’s Mike Deodato, Supergirl: Woman of Tomorrow’s Bilquis Eveley, Teen Titans: Beast Boy Loves Raven’s Gabriel Picolo, Superman ’s Ivan Reis, Fábio Moon and Gabriel Bá of Day Tripper , and the recently departed and dearly missed Robson Rocha, whose art brought Aquaman’s world to life. It’s hard to find a DC superhero in which a Brazilian creator hasn’t had a hand in defining.

Brazilian comics as we know them began with O Tico-Tico, a Portuguese children’s comic magazine first published in 1905 that counted some of Brazil’s most prominent writers among its readers. And while the superhero genre has found a wide audience among Brazilian readers, its original comics remain mostly geared towards young children to this day. Unlike many youth-oriented comic markets, Brazilian comics tend to minimize the role of “funny animals” in favor of children with oversized imaginations, as seen in Monica’s Gang, O Menino Maluquinh (“The Nutty Boy”) , and Senninha (the story of an eight-year-old racecar driver).

Representing Brazil for Batman: The World is writer Carlos Estefan and artist Pedro Mauro, who together crafted the Western-inspired graphic novel trilogy, Gatilho .

To learn more about the ways that different countries are represented in Batman: The World, head over to DC Comics!

Have you dived into Batman: The World yet? Let us know in the comments!

Hello @Moderators , is Batman The world comics is setting up for DC Universe Infinite app to be available around the world?

Hey @Reaganfan78! While we do indeed have plans for releasing DCUI in other countries, I can’t speak to whether or not the release of this comic is related to that. Personally, I’m not sure the two are related.

COVID-19 has, unfortunately, pushed our plans back a bit. However, we appreciate your patience during this time and as soon as we have any news to tell, we’ll be sure to let everyone know