Are there any redeeming qualities about the Green Lantern movie? 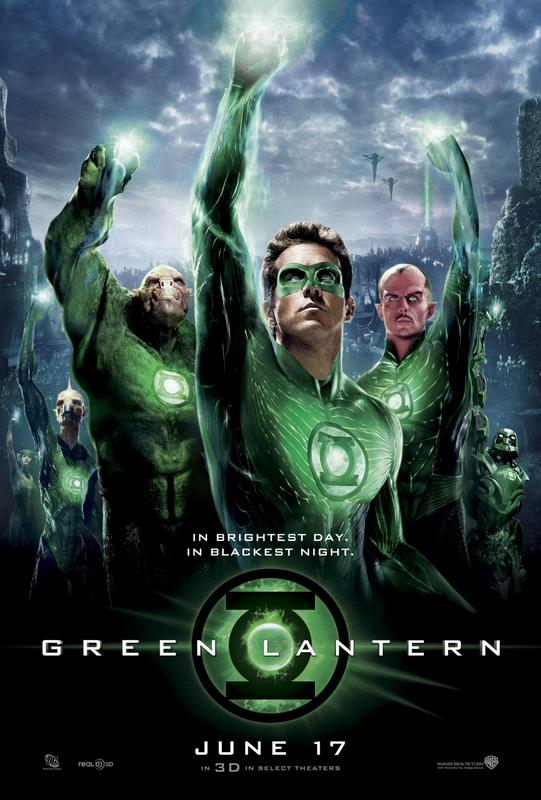 Well yeah, I own the extended cut, and watch it occasionally. I’ll admit the script wasn’t the best, but the movie didn’t deserve the piling on it received. I remember Star Trek the motion picture came out and struggled badly at the box office, instead of giving up they tinkered with it a bit, and then we got Wrath of Kahn. DC should have stayed the course, worked on the script and delivered the goods with a GL2

The main cast is great
Reynolds makes a good young cocky Hal
Mark Strong brings it as Sinestro
Blake Lively makes a smart funny Carol
Tom, Killawog, Abin and more feel real
Only exception to this are the Guardians who are horrible as a waste of budget

I thought it was just as good as any other DC movie. The mask hal wore was awful but besides that the movie was good. I truly don’t understand why it got such a bad reputation.

I dont understand the hate at all.

It was fun in 3D. Those constructs popping past the screen were very cool.

It was fun in 3D. Those constructs popping past the screen were very cool.

I really enjoyed the movie for the origin story it was. They should’ve continued to build on it and delivered GL2.

Basically everything in space was awesome (except the floating vomit that was Paralax). All the alien Green Lanterns especially Sinestro rocked!

The extended cut is def better but I felt like it had too many stories going on at once. At the time Fantastic Four had disappointed with Galactus being a cloud monster and GL did the same thing with Paralex. I did enjoy Reynolds as Hal because he’s a cocky dude. I would of liked a sequel to go more in depth.

Ryan Reynolds, Mark Strong as Sinestro, the training scene with Kilowog. That’s about it.

I thought it was a decent movie, GL deserves much greater and some weird decisions were made (why did they adapt an Earth based villain for GL, when he has long been primarily a space opera since that time. Yeah, he started out facing mostly enemies one Earth but doesn’t mean a movie made in more current times should go with what the Silver Age did.

But I fount Ryan Reynolds performace good, Sinestro was spot on, and some of the GL Corps scenes looked like they had potential to be expanded on well. Definitely don’t think it deserves the reputation it got.

I think the GL movie is alright despite obviously being meddled with on the studio level as proven with the schizophrenia about being an earth or space-based story and the two villains. That said, I thought the movie got better as it went along with the Oa scenes really landing and Hal’s confidence growing in the face of adversity. That cocky grin he flashed to Parallax in front of the sun was a true comic book moment because it was something completely different as far as a DC hero onscreen at the time which I liken to Wonder Woman’s smile during the final battle in BVS. Just the acknowledgement that while both heroes know their situations are dire that they don’t want to be anywhere else.

Movie had potential but I’d rather an ambitious failure than a timid one.

Ryan Renyolds does a great Hal, as does Mark Strong as Sinestro and Michael Clarke Duncan (RIP) as Kilowog. Blake Lively doesn’t have a lot to do, but I LOVE the scene where she immediately figures out that it’s Hal under the mask. “I’ve known you my whole life! I’ve seen you naked! You thought I wouldn’t be able to recognize you just because I can’t see your cheekbones?!”

They also did really good on the creative use of constructs. I really enjoy the scene where Hal rescues the helicopter by driving it through an oversized Hot Wheels set

It was also the first DC movie I can think of that tried to go for characters outside of their universe in a really good way (you know, outside of “This is why Superman works alone!”) in bringing in Amanda Waller. And while she doesn’t really imbide the character like Viola Davis does, Angela Basset does a decent job with her.

Mark Strong was a spark of greatness. It was also a better attempt at starting a universe than BvS. Introducing Waller into the mix was a lot better than shoehorned cameos on a computer screen. The movie as a whole was not great, but I’d be fine with them continuing from it, treating it like Marvel treats “The Incredible Hulk.”

Sure, there are redeeming qualities about the GL movie:

-it was the first time WB did a live action DC movie that didn’t star Superman or Batman
-Sinestro and the other GLs
-Carol Ferris
-Geoffrey Rush as Tomar-Re
-Clancy Brown’s voice
-Tim Robbins as Mr. Hammond
-Angela Bassett as Amanda Waller (the first live action movie to feature her)
-Hector Hammond
-Ryan Reynolds wasn’t a complete wiseass in it

The movie gets alot of crap but only a small amount of it is truly justified IMO. Hal’s suit didn’t need to be 100% CGI and the screenplay was a skitch wonky.

The internet unjustly blows things out of proportion with this movie. I imagine most of its critics haven’t seen it in full and from a completely objective mindset either.

I must be the only one who loved this movie lol