Are All Comic Book Fan Fictions just "Those Stories"

So I have been a fan of reading comic books since I was 11, and a fan of dc comics since maybe 14.
I think that sometimes their are certain characters that go largely ignored. Maybe a fun story about Black Canary and since DC comics hasn’t produced a solo series in a while, I want to see how they are written by people who are just fans.
Occasionally I found myself on fan fic sites just to see what other people write about and honestly… It’s disappointing.
Imagine thousands of stories people could write about and usually you just get shippings of characters and sometimes you get crossover stories.
Hell, I like to think their might be a solid story that involve unconventional pairings in the plot that could work but get ignore because of how much they populate the fan fics sites.

Is it really wrong and impossible to write just original stories with just those characters on those sites? I understand you can’t make money off of them, but surely their are stories where people write just for fun.

This is just a question, largely a opinion, and maybe their are other people who disagree or have a opinion on this topic, so please feel free to discuss it down here.

I’ve often struggled with fan fiction sites. On the one hand, what an incredible way for people to get into writing and have an outlet to share their stories. On the other hand, you’re right when you say you see the same kinds of stories over and over again. The term “fan fiction” is more associated with shippers and slash-fiction than it is with telling actual stories.

That’s not to say there’s not some good stuff out there, but you have to go through so many of the same stories to find them.

But you know what I really don’t get? The people who get swollen heads from fan fiction; the ones who will write a story about two characters from different franchises hooking up and think of themselves on par with established writers. I acknowledge fan fiction as a stepping stone for people to get into writing. In theory, if you enjoy the process you should keep practicing until you’re ready to create your own worlds, characters and stories.

I’ve done my best to study creative writing. Hell, I have a BA in it and to this day I’m still learning about the process and what it takes to get published. It’s a long and arduous process. The advent of online publishing has made it both easier and difficult to get your work out by a recognized publisher. I had to self publish an anthology just to have something to show people. It’s littered with spelling and logistic errors which taught me a lot about what to do the next time I try. What you see with fan fiction is a sense of “I wrote this. It’s perfect. Now to bring it to the masses.” For them it’s a quick fix of adulation.

Fan fiction is fun but I dunno if it’ll ever be recognized as legitimate.

So, as someone who reads and writes a fair bit of fanfiction, I think you’re seeing a combination of a couple factors:

This all creates an environment with potential to do something interesting, but that tends to wind up looking like a swamp of all the worst tropes and clichés.

It does surprise me, though, sometimes, that quality aside, the choice of subject matter is often so… creatively dead. Like you said, mostly shipping, which is fine, I guess, but it’s weird that so many people go out of their way to write superhero fanfic and then don’t actually explore the superhero genre all that much.

There used to be some pretty good stories here on the DCUI community, but the mods wound up cracking down on sharing them publicly for legal reasons. Very sad, especially since I’ve seen similar forums that didn’t have the same problem.

I’m glad you can at least recognize there are at least some gems among fanfic stories. I know there’s a lot of crap among them, but it also really pisses me off when people just completely dismiss every single fanfic because of the bad ones. I’ve read plenty of truly remarkable fanfics that really do feel like they’re on par w/ established writing, though that’s also not an excuse to get an inflated ego. I do think the genre (if that’s the right word for it) does deserve a bit more respect

You can see there’s potential there. Some have wonderful grasps of structure, some are excellent at dialogue, and some can excel at pacing. Those are the ones I want to see continue on with their own material, because they can do wonders if they keep going.

You can see there’s potential there. Some have wonderful grasps of structure, some are excellent at dialogue, and some can excel at pacing.

I definitely agree with potential.
One could argue even without editors, certain fan fic writers often put restrictions on themselves to make sure that their stories are consistent with lore and characters.

If you think about it editorial is the only thing that separates them. Writers for dc comics are working on characters that have existed for a long time, characters they don’t own and occasionally changes occur. 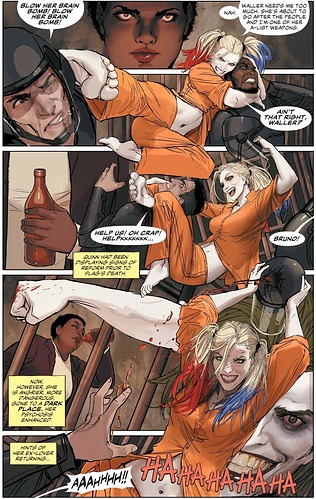 putting them in relationships with other characters: 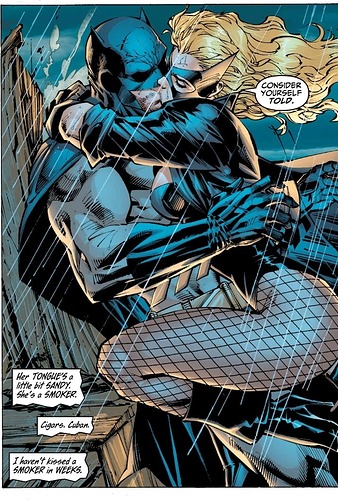 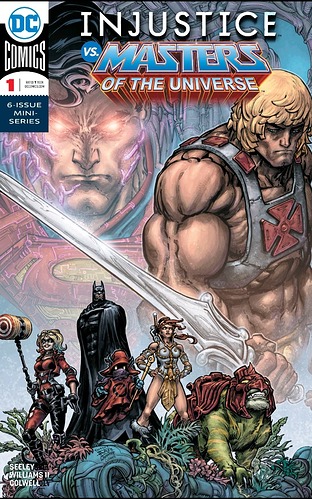 At some point even if they are published, the worst thing fan fic writers with original stories can do is focus on stories with dark or sexual subject matter.

** A Slight Tangent Side Note**
We saw praise given by media outlets over Tim Drake “coming out” but Tim Drake had probably came out long ago by fan fic writers with pairings like Connor.
(Literally a more interesting paring than Bernard and Tim, what is Dc thinking!

We saw praise given by media outlets over Tim Drake “coming out” but Tim Drake had probably came out long ago by fan fic writers with pairings like Connor.

But there’s a significant difference between the 2. As many fanfic stories as there are out there and as detailed as many of them get, they’re still not determining the official canon. So when something like this happens at the official level, it feels far different. People can deny or ignore fan-related content all they want, but when a change like this happens in actual canon, then there’s no getting around it