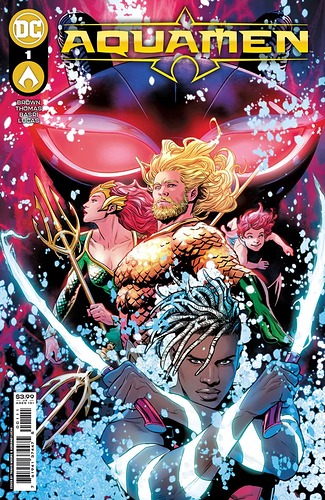 Aquamen #1 arrives this Tuesday, February 22nd, and will star not just one badass of the Seven Seas, but two, as Jackson Hyde and Arthur Curry take to the seas for high adventure!

Are you looking forward to the return of Arthur Curry in monthly, ongoing adventures outside of the Justice League?

Are you thrilled that Jackson Hyde will once again be starring in a monthly series alongside other rad characters?

ALSO: Check out the upcoming Q&A with series writers Chuck Brown and Brandon Thomas this Friday. Its sure to be of great interest for anyone, whether you know Aquaman like nobody else, or are brand-new to the franchise.

Here are some snazzy, wave-making covers to enjoy while waiting for Aquamen #1 to debut: 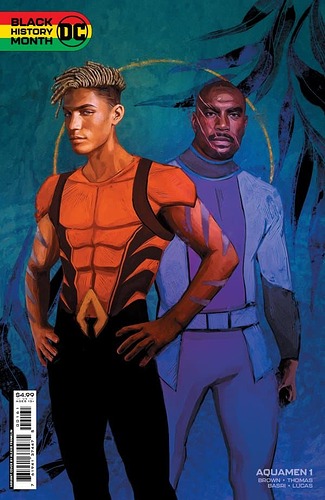 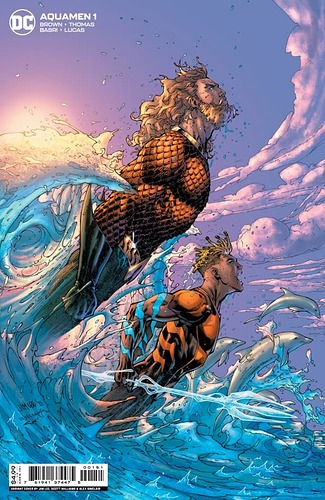 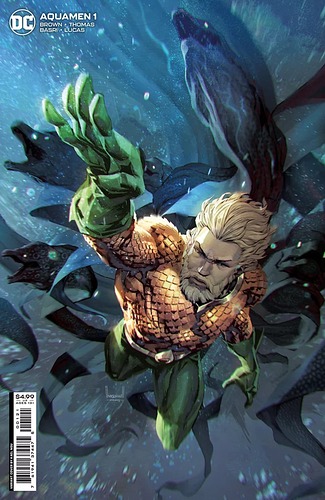 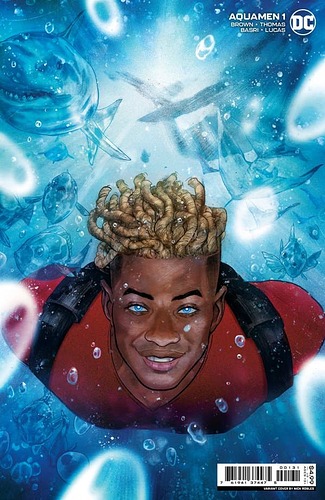 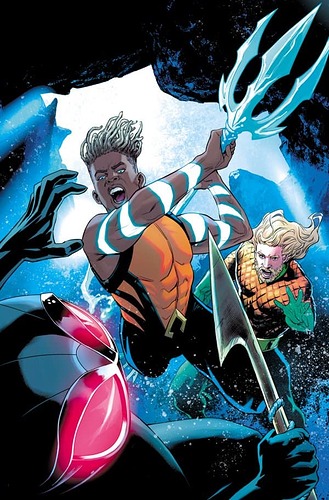 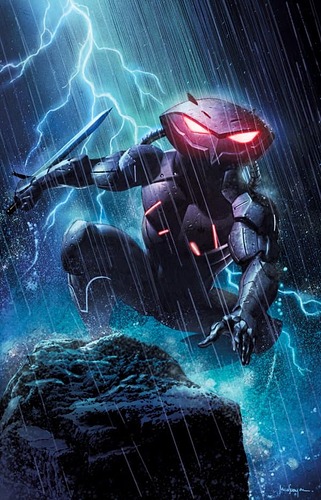 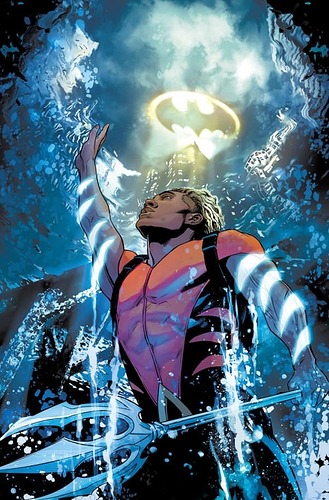 I think it’s pretty great that we’re getting an Aquaman title again, though I am very worried about the way they launched this - with three different miniseries, leading to four Aquaman titles on the shelves at the same time. Since all of these series were written by the same teams as the ongoing, I feel it would have been better to just launch Aquaman as a 5 dollar book with a backup, use the story content they packaged as miniseries as an ongoing with a backup instead, and had a longer run of content all ready to go. I don’t think the miniseries approach really serves the characters involved well, given that they are all competing with each other for Aqua-fan dollars. But I could be wrong. Maybe all the Aquafans are just going to buy all four books?

Glad to see Travis Moore on the book - his art is a favorite of mine, though I’m sad to see him leave Wonder Woman.

with three different miniseries, leading to four Aquaman titles on the shelves at the same time.

Hey, pretty good for a “Guy that talks to fish.”, right?

Maybe all the Aquafans are just going to buy all four books?

I’m in for Aquamen, but I haven’t read the other three books yet.

I think it’s pretty cool that Aquaman’s getting so much attention (and I’m a huge fan of Brandon Thomas, so I’m excited that he’s getting good work). I just think the launch/marketing here was a bit of a mistake.

Should we count Justice League as Art’s fifth book?

Not really. JL is JL, it’s own animal. But all four of these Aquabooks are clearly Aquabooks, appealing to the same fans, and I worry it causes burnout.

Then, wouldn’t Aquaman/Green Arrow be out of the loop as an Aquabook, since it co-stars someone who is distinctly not of the Aquaman franchise?

I worry it causes burnout.

True. However, one book starred Jackson Hyde, while the other starred Arthur’s greatest nemesis. Both of those have ended, while the upcoming title stars two bearers of the Aquaman title.

If Superman, Batman, Wonder Woman and other franchises can handle multiple books at once (with burnout always being on the mind, as the quantity of titles in each franchise grows), then Aquaman has earned his time in that sun, too.

In any event, I’ve enjoyed Aquaman in Justice League, and am looking forward to how things go in Aquamen. I’ll catch up with the other Aqua-books at some point, so as to have something to read between issues of Aquamen.

While not incorrect, since Deep Target is advertised as leading into Aquamen, and not into a GA series, I think the trajectory is clear - it’s an Aquabook.

Wonder Woman, much as I wish I could say this was not true, cannot sustain multiple books at once. I partly think this is a failure on DC’s part - they’ve tried over and over again (and currently have three or four Wonder books going on leading into their event). But the Aquabooks and the Wonder books are not selling nearly as much as I would hope for.

I agree that Aquaman has earned his time in the sun - but sadly, I don’t think my feeling is shared by enough fans to sustain the title.

At any rate - I have a pretty good trust in Brandon Thomas, so I think this title will be pretty good!

since Deep Target is advertised as leading into Aquamen

I must have missed that in the solicits, because despite it being written by Brandon Thomas, I haven’t seen anything about Deep Target leading into Aquamen, be it solicits, or cover copy like Aqualad and Black Manta have.

I think this title will be pretty good!

Agreed. Aquamen #1 will be my first read next Tuesday, that’s for sure. I’m just happy to see an ongoing Aquabook back in the line again.

Hmm, I might be confusing something. I thought I saw “Road to Aquamen” on the covers at my shop. My bad! But it is still Brandon Thomas. Feels like it could have been a backup or something.

Well, I look forward to seeing what you think!

I hope Aquaman gets his hook back with the armor style, I’ve always like that look. I think that was a first time anybody took Aquaman very seriously in my opinion.

The current mini has been solid, but unspectacular. I’m spoiled now from years of top notch Aqua stories, hope this lives up to that.

Which mini? All three?

The most recent focused mainly on Jackson

Speaking of, I will forever beat a drum for Sub Diego and the vast majority of that volume of Aquaman (2003-2006) because it was just FUN, especially the issues that had Alan Davis covers and Patrick Gleason interiors.

And that run introduced the sadly absent Aquagirl, Lorena Marques! I miss her

One of my favorite female Aquaman characters! 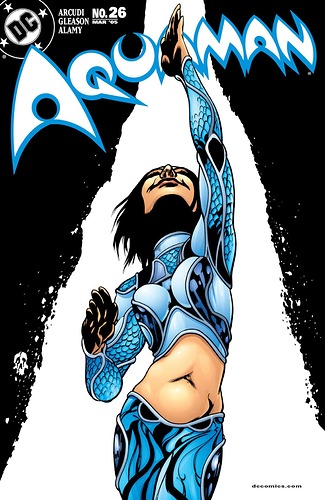 We can hope! Maybe we should bug Brandon Thomas on twitter about it

I don’t use Twitter, but you’re welcome to do so, then report back, P/TY.