Aquaman 2 & Shazam: Fury of The Gods Get Delayed...Again!

So…yeah. sighs on the bright side at least Shazam: Fury of The Gods won’t have to compete with Avatar 2, so maybe it’ll get a better overall box office that way.

But having to wait an extra year for Aquaman hurts! 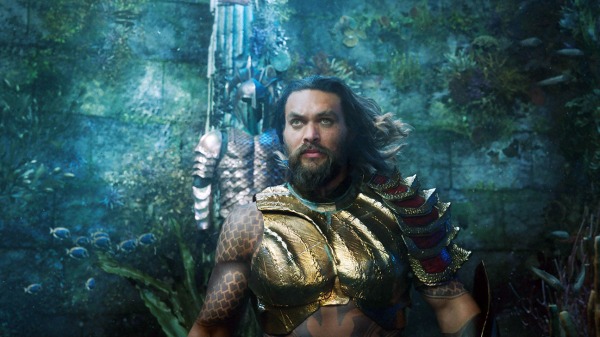 The delays were part of a number of changes made to Warner Bros.' release calendar amid new ownership.

This stuck out to me:

The Hollywood Reporter first reported earlier this month that the two movies were likely to move — including Aquaman moving to Christmas — as new owner Warner Bros. Discovery looks to spread out the marketing and distribution costs associated with releasing a studio tentpole. When asked at the time about the pending release date changes, a spokesperson for Warners declined comment.

If Warner Bros Discovery is so tight on cash that they have to spread out costs for distributing films…how the hell are they going to do this ten year plan they talked about?

Oh there’s definitely no ten year plan, that was all smoke and mirrors, corperate double speak.

But yeah WB definitely needs some new, better heads in charge to get them on the right track and better off financially, cause the current regime sure isn’t it!

How sad is it when you only have the $$$ to release 2-3 movies for the rest of the year.

Hopefully Black Adam does well in the box office or otherwise WB is well, not gonna be in a good place to put things nicely.

@
The moves underscore what a financial mess Warner Bros. Discovery is as the studio has only enough cash to release 2 movies from now to the end of this year (Don't Worry Darling and Black Adam).
6 Likes
SuperBrainiac August 24, 2022, 10:43pm #5

Yep its not good. Here’s hoping Black Adam does well and has good legs so it can make good $$$ in the box office!

The fate of the entire company of Warner Bros Discovery may now be resting entirely on the shoulders of Dwayne Johnson!

Also interesting to note that two movies that were going to be HBO Max originals – House Party and Evil Dead Rise – are going to have theatrical releases in 2023.

Oh, so NOW these streaming movies are good enough to release at all, let alone theatrically?

One executive had this to say about #WarnerBrosDiscovery’s latest moves.

“They have no money and no clues."

Man they really need a positive shake-up at WB soon!!

None of us getting any younger.

Hate seeing these moved back, though a Christmas release of Aquaman must show some faith in the movie to release during the holidays.

Sigh what a time to be a comic book fan…

Sigh what a time to be a comic book fan…

Hopefully Black Adam does well in the box office or otherwise WB is well, not gonna be in a good place to put things nicely.

Is it bad part of me kinda wants Black Adam to bomb at this point? I know it wouldn’t bode well for the future of the character, the JSA and DC movies as a whole, so emphasis on part, but given all the horrible moves that have been made lately, I worry that only something more concrete like this would shake things up enough to spur a potential leadership change. Of course if everything else was going fine and that 1 movie just happened to bomb, I doubt much would change, but combined w/ all the backlash Zaslav has incurred so far, something like that could be the straw that breaks the camel’s back. Still, I hate seeing DC suffer as a result of WB’s horrific leadership, so I’m torn on that

Also interesting to note that two movies that were going to be HBO Max originals – House Party and Evil Dead Rise – are going to have theatrical releases in 2023.

How much was spent on them?

Shazam director Dave Sandburg posted this on his social, which I thought was insightful and funny. I mean…he’s not wrong… 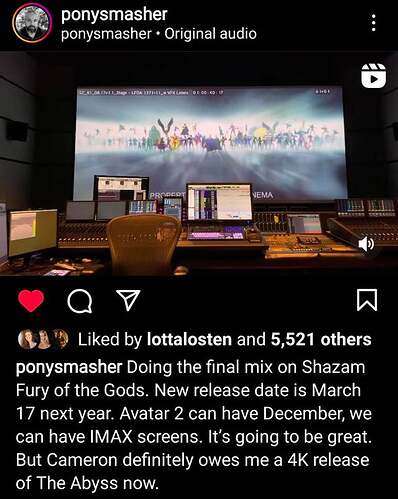 This one isn’t so messy as a lot of stuff lately. It’s simply about staggering the releases. It’s annoying to have movies pushed back, sure… but now Shazam has a chance to thrive in the same relative weekend as the Batman did this year.

As for Aquaman, well, he fared well in December the first time, and if things go even more wrong on the Flash front, the two movies can be swapped.

They really should just shelve The Flash

In the meanwhile, Marvel can just release a whole phase plus TV shows.

Sandberg’s not wrong, as Cameron is way behind on a 4K release of The Abyss, after all.

If there’s going to be one