Aqualad OGN "You Brought Me The Ocean" To Be Developed as HBO Max Series!

HBO Max is developing a series version of “You Brought Me the Ocean,” the YA graphic novel about the origins of DC’s Aqualad, Variety has learned from sources.

The live-action, one-hour dramedy is based on characters from DC and the graphic novel by Alex Sanchez and Jul Maroh. The series will explore the life of Jackson “Jake” Hyde, a gay teenager living in New Mexico. All his life, he has had a strange attraction to the water and yearns to escape his desert surroundings for the ocean. As he explores his abilities, including breathing under and controlling water, he also finds himself falling in love with his classmate, high school swim captain Kenny Liu.

No writer is currently attached to the project. Charlize Theron, A.J. Dix, Beth Kono, and Andrew Haas of Denver & Delilah Films will executive produce. Warner Bros. Television is the studio.

Haven’t read the book this is based on (it’s on my Comixology to-read pile and is definitely getting bumped up the pile), but cool! 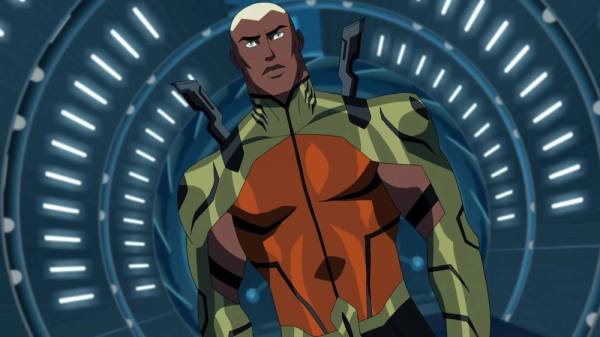 HBO Max to Develop Aqualad Origin Story ‘You Brought Me the Ocean,’ Charlize...

HBO Max is developing a series version of “You Brought Me the Ocean,” the YA graphic novel about the origins of DC’s Aqualad, Variety has learned from sources. The live-action, on…

This better get picked up for many, many seasons!!! I wonder who they’ll cast as Hyde.

I definitely would love to see Jackson get some solid exposure. I would imagine they’ll cast a relative unknown for Jackson and get someone with starpower for his mother and/or Black Manta.

That reminds me – part of me would love to see them bring in Yahya Abdul-Mateen II to play Black Manta, since he’s been fantastic in the role and it would help further connect the universe…but Yahya is only 35 and depending on how old Jackson would be, I don’t think they would really be able to pull off him having a teenaged son. I guess you could tweak it by saying Hyde is his brother, but I don’t know if that has the same weight.

They could always say Manta is a little older than Yahya is irl, or maybe it could be that he and Jackson’s mom were teenagers when he was born. If they wanna set this in the DCEU, I think it’s totally feasible to make that connection

Sounds great. Wonder if it will be connective of solo. Either always up for more of the Aquafamily.

Yeah, I’m wondering about the connectivity as well.

Neat. I know what my next Hoopla read will be…

Same, definitely going to give this a read soon.

The timing is quite choice, as I’m also reading Kaldur’s solo gig from our library.