Any DCU Runners Out There?

I used to run more and did a lot of races(spartan, mud runs etc) when I was in NY but its so hot down here in Texas that I sort of slacked off. I’d like to start back up again it does make ya feel better especially after a rough day. Good ole endorphins!

Yea I’m signing up for r the bat race. Yourself?

Daughter and I both signed up for the Bat run. The race swag looks good. It’s turning fall here, favorite time to run through next week the morning lows might be 40, so treadmill morning runs are coming soon.

brrrrr not use to that anymore lol anything below 60 is too cold. But the bat swag does look awesome eyeing that hat. Hope yall have fun. 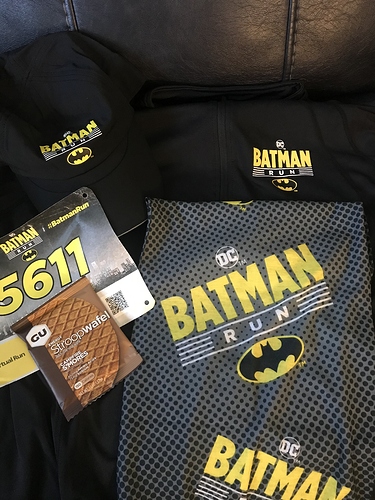 Just received my Batswag. Unfortunately I didn’t receive my finisher medal. And yes I’ve already contacted them to let them know

My daughter just left the house doing her 5K, think I’ll do my 10 tomorrow, no swag yet though

I feel like I’ve been gone forever. How are you guys? How’s your running been going? Do you guys use any particular apps when you run?

Hey! I just found a virtual 5K for National Superhero Day and it’s on sale today! 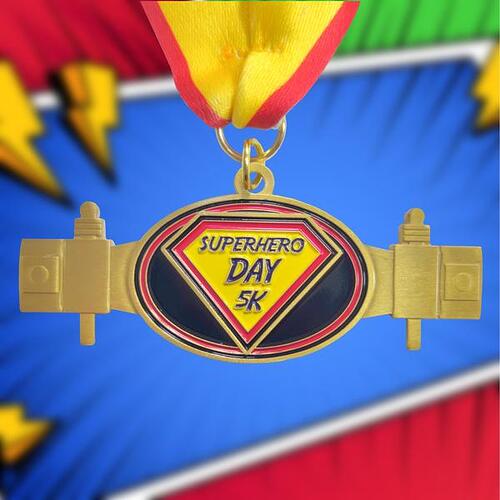 What’s your superpower? Find the inner strength of a Superhero as you fly through the Superhero Day Virtual 5K event. Walk, run, morph, fly, or use the power of invisibility to get to 5K. Grab your sidekicks, suit up in your capes and hit the streets...

I just found out today is National Super Hero day.

I feel like I’ve been gone forever. How are you guys? How’s your running been going? Do you guys use any particular apps when you run?

Just found this thread. So hi! I’m good. And you?

Running is slow for me - I’m hella out of shape and trying to get back in a habit, but keep interrupting my efforts. (Haven’t even (officially) completed my Virtual Sesame Street 5k that I had all month to do. It’s so much easier to sit on the couch reading comics.) Some day I’ll start increasing that mileage again and have a use for the sweet Nightwing tech shirt my wife bought me.

I use Strava to track my runs. Got some clubs with coworkers. Anyone else use it want to set up a DCUI club?

I use RunKeeper but I’d be up for trying something else if we wanted to make a group! I can’t run without a buddy or some tangible motivation like a medal. My default is couch cruzing

Let’s make a pact to get moving (even if it’s just a walk) this week!

Let’s make a pact to get moving (even if it’s just a walk) this week!

Thanks for this! I got outside for my 5k last night, albeit later than planned. Will try and repeat tomorrow!

I thought that RunKeeper could sync with other systems, but it doesn’t look like it syncs from Strava. Nor does it have clubs? If anyone else uses Strava, or wants to try it out, I’ll create a club. (I searched and found a couple of DC Universe references, but they look like they’re just people with the initials “DC” that borrowed the reference as a team name.) I’m down with any other apps/groups that people use if there’s a more popular consensus. (I used to use DailyMile back in the day, when I synced a GPS watch to my laptop, but they were slow to the mobile app game and an influx of MLM people kind of ruined the community aspect.)

I would be down, I also lack the motivation without a running buddy to actually get up and go. I did do 2 miles on Sunday and wanted to die lol need to get back in the swing of it.

My default is couch cruzing

Way to go you!! You are way faster than me! Now I’m motivated to grease these rusty wheels and get out there tonight!

Haha, it’s not about speed; it’s about doing it! (I used to be faster

Any ideas on names? Want to just stick with DC Universe Infinite Runners or go for something more esoteric? (DCUI Speed Force? Run, Riddler, Run? (hm, got to add that to the digital requests thread…) Comic Couch Cruizing? Disciples of Bilal Asselah? Some reference to that one-off Static villain, Run?)

Some reference to that one-off Static villain, Run?)

One of my favorite episodes! I love richie

Oh, I haven’t started in on season 3 yet but I saw that costume in the opening credits of s03e01. Is he a speedster or runner themed?

(I was thinking of Run from Capers, Inc in the comics. Adapted in the show as minions of Ragtag in Powerplay… 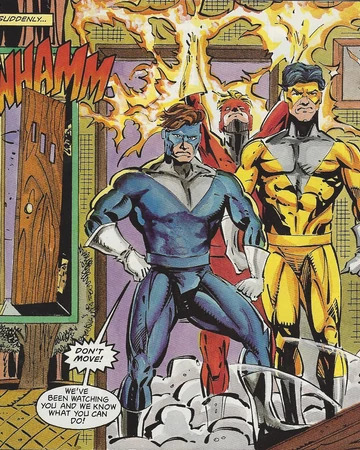 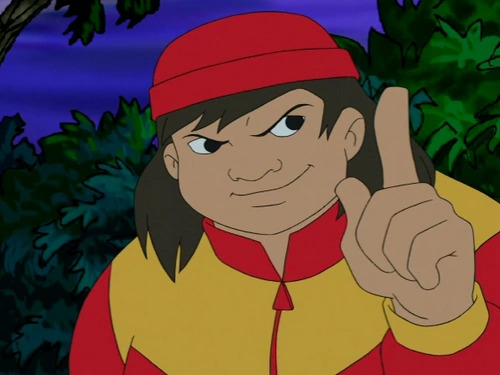 I like the Speed Force idea and Run, Riddler Run is hilarious! I’m up for anything

Shamefully i havent read that many static comics, I grew up with the show though (loosely runner themed). Capers Inc just makes me laugh.

I agree with @Bar-El I like the speed force

I will make it so in the morning!