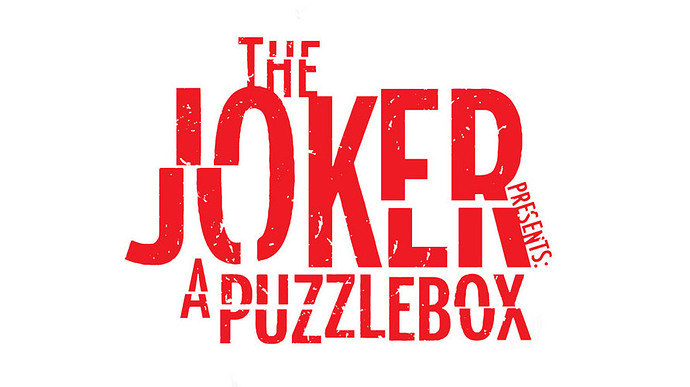 The Joker’s got a murder mystery that only you can solve in ‘The Joker Presents: A Puzzlebox’

The G.C.P.D. discover a mysterious corpse, a magical box, and a murderer’s row of the city’s most dangerous villains sitting in a jail cell. Now all they need to figure out is what exactly happened! Fortunately, one suspect is willing to talk.

Unfortunately, it’s The Joker. And he’s holding all the cards. 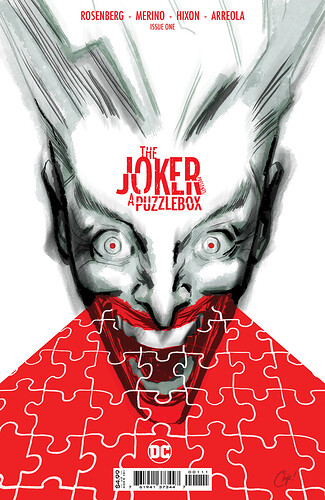 image002780×1200 285 KB
Launching on August 3 with a debut issue by Matthew Rosenberg, Jesús Merino, Joshua Hixon and Ulises Arreola, over the course of seven installments of **The Joker Presents: A Puzzlebox** , The Joker introduces seemingly unconnected stories of his fellow inmates. As the series progresses, it becomes apparent that each tale is actually a piece of The Joker's larger plan.

Does an agent of chaos even make plans? 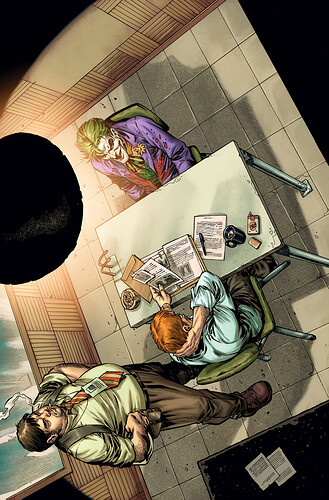 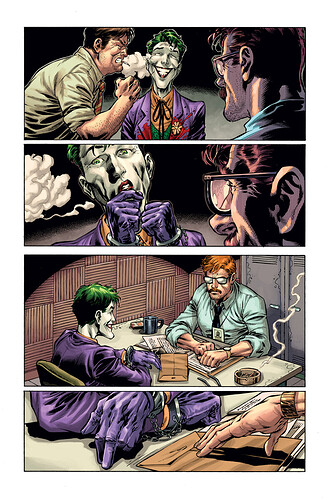 Superstar writer Matthew Rosenberg, magnificent artist Jesús Merino, and a multitude of rising-star artists invite you to spend a night in the Gotham Central interrogation room to make sense of murder, mayhem, and mystery—as told by the Clown Prince of Crime himself! Can you solve this puzzle before the sun comes up? 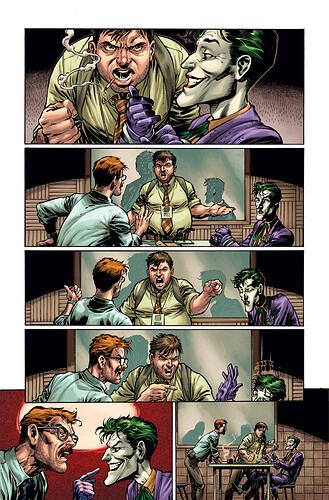 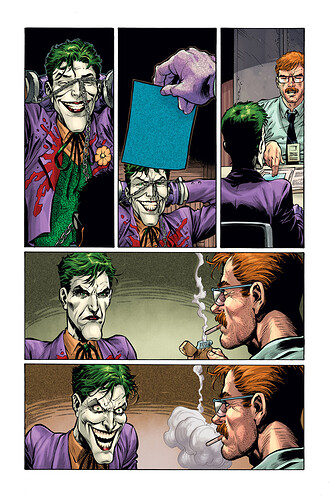 The Joker Presents: A Puzzlebox #1 , the beginning of a seven-issue miniseries written by Matthew Rosenberg with art Jesús Merino, Joshua Hixon and Ulises Arreola, arrives in print on August 3 with a main cover by Chip Zdarsky, card stock open order variants by Riccardo Federicci and Christopher Mooneyham, and a card stock 1:25 variant by Jesús Merino.

As an early bonus for DC UNIVERSE INFINITE subscribers, beginning on June 7 digital chapters of The Joker Presents: A Puzzlebox will begin releasing with additional clues and insights (called a DIRECTOR’S CUT BONUS BOX) to help readers stay two steps ahead of The Joker! DC UNIVERSE INFINITE is DC’s digital subscription service and community engagement portal. Print issues of The Joker Presents: A Puzzlebox in August will include the same backup material.

Are you a Puzzle Fiend? Escape Room Artist? Let us know if this is right up your Gotham Alley in the comments below!

This looks incredible! I am the over-analyzer type of fan so I will try to put in the pieces to the puzzle!

I would play that.

As an early bonus for DC UNIVERSE INFINITE subscribers, beginning on June 7 digital chapters of The Joker Presents: A Puzzlebox will begin releasing with additional clues and insights (called a DIRECTOR’S CUT BONUS BOX) to help readers stay two steps ahead of The Joker! DC UNIVERSE INFINITE is DC’s digital subscription service and community engagement portal. Print issues of The Joker Presents: A Puzzlebox in August will include the same backup material.

I’m game, but… this feels kind of like it should have been, uh, the Riddler?

Me too! I thought it was going to be some sort of figure out the murder game.

Hmm, while The Joker is currently my favorite title, that’s mostly because it heavily features Jim Gordon. This title looks like it’ll be more traditional about Joker being the main character - though it’ll be a puzzle, which is clever.

If today was April 1st, you guys would’ve fool me thinking it’s a real puzzle game! LOL! I was thinking, 'This sound fun!'

So we’re getting a digital version of this that has extra material that comes out earlier, am I understanding that right?

Some of the most fun I’ve had reading comics was reading The Long Halloween and Hush as they came out, then reading theories/ coming up with my own along with other fans (I guessed Riddler was behind Hush, but I thought his actual target was Catwoman and not the Batman: when you re-read it, she’s there everytime Batman is attacked by Hush).

ok I cant remember what its called (it was in the silver agei think)but this reminds me of when this college had batman teach like a crime solving class, and they studied red hood and you the reader were supposed to try to put together clues for red hood’s identity. spoiler alert red hood was joker who fell in vat toxic chemicals

So excited to read this. Can’t wait…

I love The Joker, but have no interest in Saw, which this story seems awfully similar to.

In all likelihood, this will be a pass. Joker’s already in enough books as is.

This looks and sounds awesome but I’m with @Jay_Kay - we get a digital book here on DCUI beginning on June 7th but the book doesn’t get released until August 3rd? Huh? I guess I’ll wait for June 7th to pour over this and figure it out then. Why was this not on the list of releases in the What’s New on DCUI: June 2021 list?

I love escape rooms and mystery boxes have intrigued me for some time. I also enjoy reading a good old fashioned murder mystery so this sounds right up my alley and I’m really looking forward to this. Love that we get a bonus for being DCUI subscribers - the perks are always so appreciated and make me feel even more happy that I’m a subscriber. Now if you’ll excuse me I need to go add this to my calendar so I’ll be sure not to miss it!

As an early bonus for DC UNIVERSE INFINITE subscribers, beginning on June 7 digital chapters of The Joker Presents: A Puzzlebox will begin releasing with additional clues and insights (called a DIRECTOR’S CUT BONUS BOX) to help readers stay two steps ahead of The Joker!

Where can we find this?

It’s not on the service just yet, we have a couple of things that need to be finished up before we hit the ‘Publish’ button (so to speak). Keep an eye out, it’s still coming!