San Diego Comic Con @ Home starts today, and we all get to watch the panels together!! Since the panels are free to everyone, I thought it would be fun to do a big watch-a-long for the different panels. The watchalongs will simultaneous be doing text chat on the DC Universe Forums and optional voice chat on the Fans of DC Universe Discord! Which ever way you choose to watch, we will get the opportunity to enjoy DC’S Comic-Con Slate together. Here is the list I chose for SDCC’s Watchalongs.

Thursday: 11 PST-12 PST: DC’s Batgirls Panel: Various Batgirl writers are teaming up to celebrate the different Batgirls: Stephanie Brown, Barbara Gordan, Kate Kane, and Barbara Gordan as both Batgirl and Oracle. Who knows? Maybe we will get a look at the Batgirl Plans Post Joker War! New ongoing?
12 PST - 1 PST: Jim Palmiotti and Amanda Conner: This is a MUCH smaller panel, as the duo will discuss a wide range of stuff including their Harley Quinn series. I might cut this watch along because I am not convinced it will be SUPER exciting.

Friday: 10 PST-11 PST: DC@Home Day 1: The FIRST BIG DC PANEL of SDCC, and it will most certainly include a brand new comic announcement by Vita Ayala, and hopefully more!
11 PST-12 PST: Marvel’s Next Big Thing: This isn’t DC, but it’s too exciting not to mention. Our first real details about X of Swords and more! Also, let’s give the competition a chance to have some publicity too!
7 PST- 8PST: The Eisner Awards: The first time it’s ever been watchable online! It’s the Comics version of the Oscars and Grammys, and we FINALLY GET TO WATCH IT!!!

I chose all the DC panels, but let me know if there’s another panel you want us all to watch!

-Nathan.Payson
(Host of the Fans of DC Universe Podcast)

Just joined and I’ll totally be there for most, if not all the panels! I’ve been going to SDCC for 20 years, since I was 9. And I always end up doing the DC panels alone, so I’m glad to join you!

That’s so cool! I can’t wait to experience this with people who go to SDCC!

Anyone else a little disappointed that these panels (at least the ones I’ve tuned into) are pre-recorded? I understand it’s probably better for quality and allows people to watch all of them without time constraints but I was kind of hoping for that live feel.

Yeah, I wish that had used Youtube Premier instead, but it’s been fine.

SDCC@Home is here, and it only seems appropriate to watch the DC panels together with the DC Universe Community. So TODAY, DC has a Batgirl panel with Cecil Castellucci and MORE. [image]

Who: You, silly! What: SDCC Batgirl’s Panel Where: Right here on the forums! In this thread! In the comments below! Maybe on your phone! But also there will be simulateous OPTIONAL Screen Share and VC on the Fans of DC Universe Discord When: Thursday, July 23… 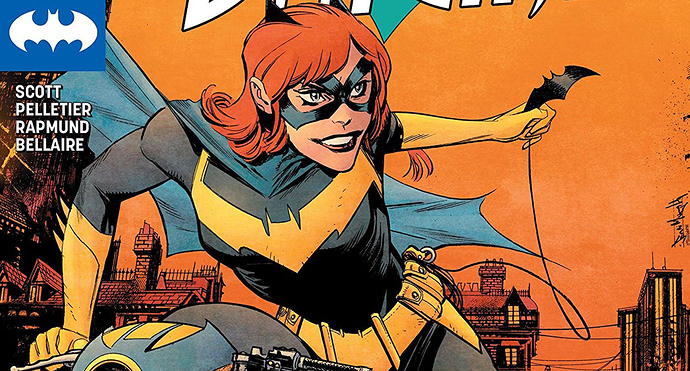 Watch now as creatives from across the world of Batgirl comics join forces for a special panel at Comic-Con@Home! The panel airs from 7-8pm BST.