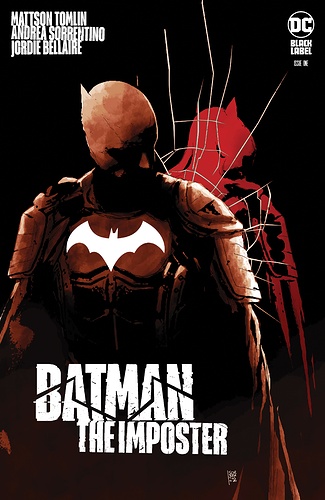 This October, Batman fans get a new and different look at Gotham’s guardian as he begins his war on crime in Batman: The Imposter, a three-issue Prestige format series from DC. The series will debut in print and on participating digital platforms (English-language version) on Tuesday, October 12, 2021. In addition, the series will be collected in a hardcover format, available February 22, 2021.

Bruce Wayne’s mission as the Batman has only been under way for a year or so, but he can tell he’s making a difference. Unfortunately, he’s made some powerful enemies. All the traditional power brokers of Gotham resent the disruption the Batman has brought to town…and it seems one of them has a plan to neutralize him. There’s a second Batman haunting Gotham’s rooftops and alleys—and this one has no qualms about murdering criminals, live and on tape. 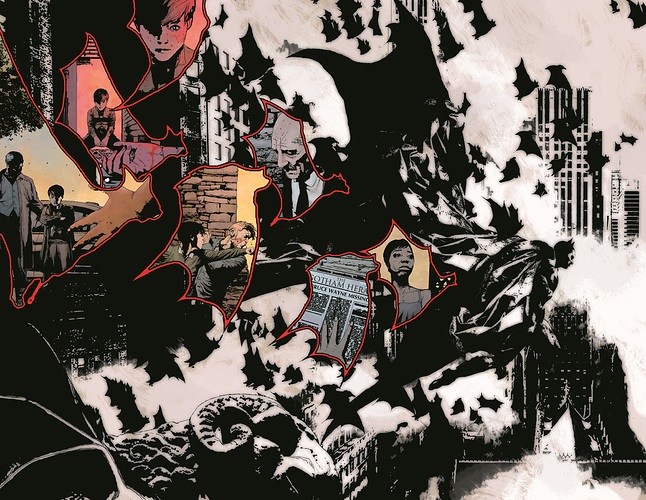 To read more about Batman: The Impostor, check out the variant cover and take a sneak peek at a few of the panels, head over to DC Comics!

Are you excited for a new look at an old hero?

I love Sorrentino’s art (on the New 52 I, Vampire in particular) but this? Nah.

Early Batman stories are a dime a dozen by now, and from the synopsis at least, I don’t see enough going on in this one to warrant following the series as it comes out.

Maybe a DCUI read sometime next year though, and during a binge of Sorrentino-drawn series as well (I’m always up for an I, Vampire re-read).

One thing that is interesting that I’m surprised isn’t in the press release is that the writer, Mattson Tomlin, was actually a co-writer for The Batman, so this might be an insight to how he’ll be portrayed in the movie.

Also, I’m a simple man, I see Andrea Sorrentino art, and I’m there.