So I’ve recently gotten into the Lemire Animal Man books and I have to say I’m left wondering why we’ve never seen any kind of interpretation of this stuff for the screen. I think Buddy Baker is an interesting enough character that he could carry a show. You have the opportunity to do family drama by including his family into the stories, big bad fight sequences, and even a peyote trip in the desert. So my question is

If you could adapt Animal Man,

Animated or live action?
Which actor would get the role?
And why do you think we haven’t seen any version of him in any media?

Other than the DC Nation Shorts, of course

I feel like if Swamp Thing wad going to continue, he would habe probably shown up there.

If Matt Smith can find the right voice/accent…could be a wonderfully goofy yet endearing Animal Man.

Animal Man is awesome. Grant Morrison’s take on him is incredible writing

Animal man became one of my favorite heros last year. When the app launched his new 52 run was the first run i started reading how it led into rottworld was so epic. Sadley Swampthing got cannceld if it didnt we could have possibly got AM reffrences or even maybe some sort of Rottworld Adaptation. Hopfully DC Universe makes an animated film one day. And hopfully we can get some new Animal Man runs one day

They need to go super meta and make the movie that Buddy is starring in as a washed up former superhero in the early issues of Lemire’s run. 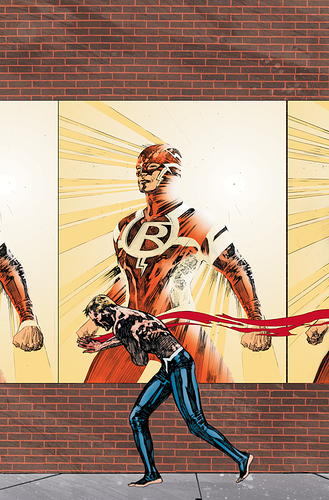 The super meta movie would be dope. Some other thoughts, I kind of think it would be cool if they did a Last Days of Animal Man type show, with flashbacks to touch on stories like Rotworld and the Morrison run. And then he’s played by Sean William Scott. For some reason, I think he’d be perfect for an older Buddy Baxter. Funny, but can also do troubled.