An Oral History of the New 52 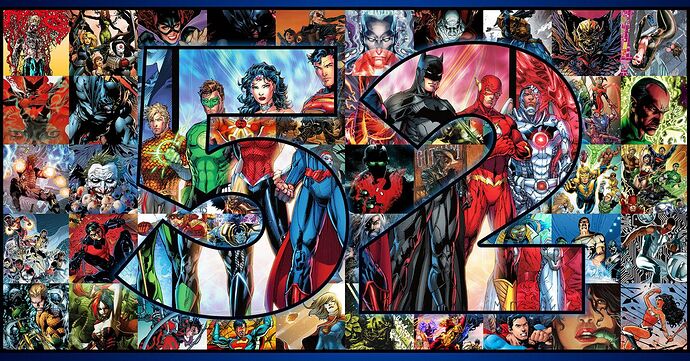 What happened when DC Comics rebooted the universe

Well, they certainly went easy on themselves. I don’t dislike every New 52 book, but the only one that actually seemed to execute the idea in a sensible way was Grant Morrison’s Action Comics. If you’re gonna reboot, then reboot.

I think this article did a good job exposing both the good and bad that came from the line. It wasn’t a grand success, but it wasn’t a catastrophie conspired by a group of evil mismanagers either. It was a group of people who were trying to dust off and streamline a product that honestly needed a kick in the pants of some kind. It worked in some ways, didn’t work in others, and most of the time they learned from their mistakes and did things better with each attempt.

Really, for as much as Rebirth is credited as DC going back on the New 52 premise, it was basically New 52 2.0, and Infinite Frontier looks to be New 52 3.0.