How are you guys liking Flashpoint Beyond?

I’m liking it! Flashpoint was one of the first big events I read so it’s a lot of fun to see that world again.

It is a bit weird to see it from Thomas’ point of view and not Barry’s. Poor Barry. But I’ve been following Thomas’ story for a bit so I understand what he is trying to do.

Welcome back to the community @flashlites!

I’m enjoying it quite a bit.

I’ve been so busy and have gotten way behind in my reading! My subboxes need to be picked up. I’m a mess! I do miss it here though! So I will have to make and effort to check in more often. Just watched the Flash season finale, what an awesome season its been this year! I hope you other Flash fans enjoyed it as much as I did?

Any thoughts on the Flash movie? Some of us have been waiting for 30 years for a Flash movie. I heard there was one in the works in the early 90’s. With the success of the 1989 Batman movie and that first TV show. Us Flash fans really thought we’d have a chance to see Flash on the big screen back then. But of course it never happened. Our hopes were lifted again in the early 2000’s with another great series of Batman successes, but no it did not happen. Then with the success of the CW show and the Justice League movie, Wonder Woman and Aquaman, we all believed someone would bring Flashpoint to the big screen. It seemed perfect! Right? Flashpoint is such a great story. Aquaman, Wonder Woman, Batman and Flash? You can’t go wrong there! But no, it was not to be. Now we have this movie whatever it is and it seems as though we may never see it?? Any thoughts?

I think most people here are discussing The Flash finale on the following thread.

Flash Season 8 is out and kicks off with the Armageddon crossover event. This thread is to chat, discuss, and more with season 8 of the show. So Enjoy

Just read 0-3 of Flashpoint Beyond. It is really turning out to be something good I hope. 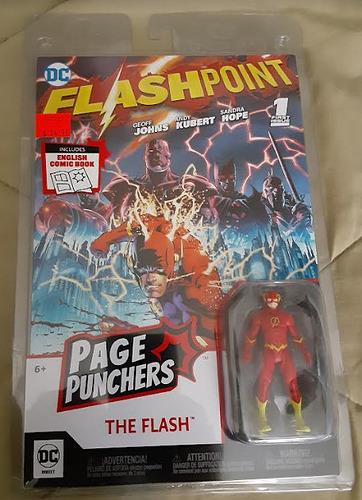 They came out last month, I believe. So they are new. I also got the Flashpoint one!

Just preordered my SPEED METAL FLASH assortment from McFarlane direct! Should be here sometime in October. 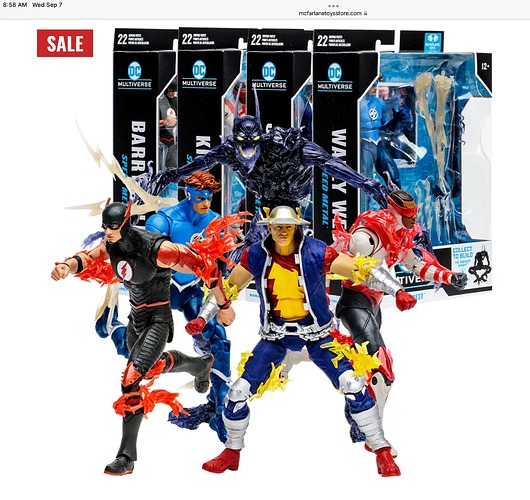 Barry in that sleeveless Black and Red suit reminds me of His Dark Knight strikes back costume.

Ok, so I recently caught back up on the current run of Flash. I was a couple issues behind and they were these tie ins with Dark Crisis. I was confused with one thing though and I haven’t had a minute to go back through and figure it out.

I remember Bart getting out out of the Speed Force a while back, then they found Jay too. But when did Max show up? He’s in these tie-ins and I don’t really remember them finding him, I thought he was still lost in the ‘Post-Flashpoint whatever’. Does anyone remember when he showed back up?

Max is one of my favorite Flash family members so it took me by surprise. I feel like I would have remembered him showing back up, which is why I am so confused right now.

I thought it was either the last Death Metal or Infinite Frontier. There was a Flash family Death Metal tie in that he may have been in…

I looked it up and it was towards the end of Williamson’s run that he and Jesse Quick showed back up. I sort of remember it now. But I guess I might go re-read that arc now. I have the trades on my bookshelf and everything.

But I don’t think he has been in many comics since, because it really caught me by surprise to see him in these recent issues. I can’t believe I forgot. 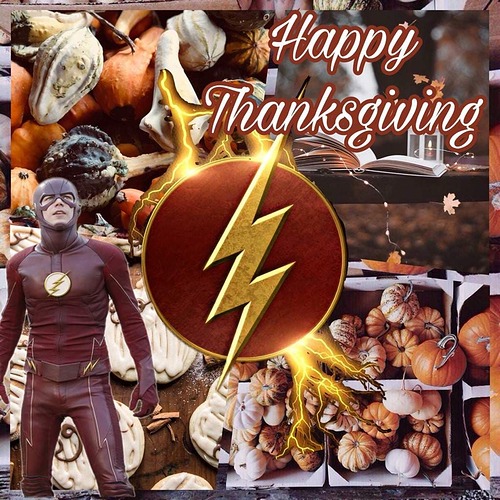 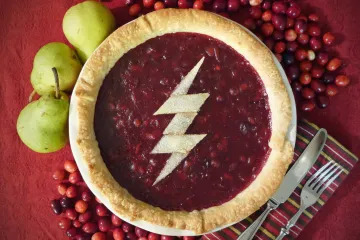 Jeremy Adams’ run on the current Flash/Wally book is the best series since Geoff Johns wrote the character. Adams gets it! It’s about family, fun, and super-heroics. The book seems to borrow from the Silver, Bronze, and Modern Ages of comics without the angst, hand wringing, and preaching of current comic books.
It’s just a fun read each and every month.

I am really enjoying it too! I did not think Adams would be writing Flash this long but I’m glad he did! Is anyone reading the Fastest Man Alive? I just picked up issue 3 but I have not read them yet.