All of the Crises

Can someone briefly explain how all the Crisis’ affects the DC Universe ? For example, does Superman remember what he did in Action Comics #1. Or why there has been at least 3 distinct Supergirls ( the one that died in the 1st Crisis, the young one in Superman/Batman, and the current one ? )

How many words do we have to try? I’m very interested in this challenge

Crisis on Infinite Earths Explained (Sorry this is not brief, I tried to summarize it as little as possible)

Ok, so the year is 1985 and DC creators were sick of all of the continuity that weight characters down. So Marv Wolfman and George Perez came up with Crisis to basically clean the slate for all characters in DC Comics.

By the end of the series, the most important deaths were The Flash (Barry Allen) who disintegrated in a effort to destroy the Anti-Monitors Weapon, and Supergirl who died by a mega blast from the Anti-Monitors rays. To add insult to injury, she was erased from continuity completely until the mid 2000’s when Jeph Loeb wrote her back in. Along with those two, many of the joke villains like “The Ten Eyed Man” were erased from continuity completely.

Due to the Crisis remaking all of the DC Universe, Everything from 1938 (when Superman 1st appeared) to about everything up to about the 1950’s was ruled out of continuity while everything from 1950 to 1986 was heavily reworked and retconned. For example, long after the crisis, Batman says this in Batman #515 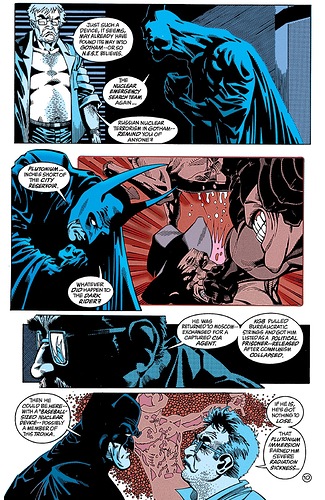 This “Dark Rider” character was introduced in 1986 before Batman Year One restarted all of the Batman continuity and so it is in this sort of limbo in between both the Pre-Crisis and the Post-Crisis Continuity because the Robin in that is Jason Todd before he got his reboot, but the events of that book are still referenced like in this story.

Further more, during “The Return of Barry Allen” story, it is revealed that Reverse Flash is impersonating Barry and that everything involving Barry Allen before Crisis is still intact.

Another Example is The New Teen Titans written by Marv Wolfman and George Perez. The series was written before crisis and since Wolfman didn’t want to completely destroy what he created the series continued as if nothing happened with only a mandated tie-in issue connecting to the crisis. It is also referenced in most Post-Crisis books (everything after Crisis) that some “Big Thing” happened but the heroes stopped it, sort of loosely connecting things for writers to explain if something changes mid-series. Swamp Thing during Moore’s run had one tie-in issue but Crisis did not effect Swamp Things world in any major way.

For several years, there was no multiverse so things would not be too complicated but it eventually returned with the coming of Infinite Crisis. I don’t nearly know enough of that to explain it so if another could continue this please, it would be appreciated.

A interesting note: Animal Man by Grant Morrison plays heavily into the events of Crisis as the Psycho Pirate is the only character in all of DC to remember every reboot. It results in a storyline in which all of the obscure characters for DC pre-crisis continuity returning for a short while 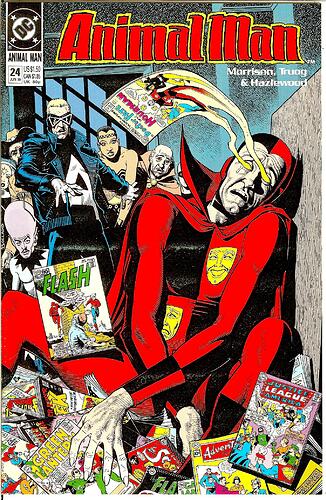 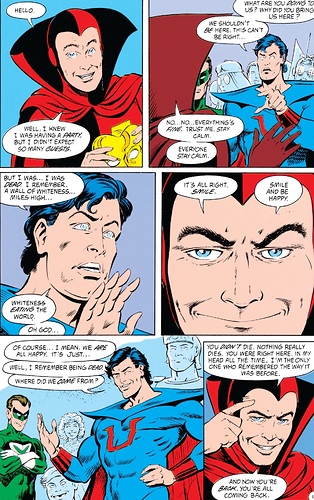