Alice Should Replace Batwoman Next Season

CW should cancel Batwoman season 2. Replace it with Alice, and just make Batwoman a supporting character. Alice as a character is much fuller and more well rounded than Batwoman. Her character arc is better fleshed out and was certainly executed much better than Batwoman’s. She is a complete and stronger character rather than the mostly 2 dimensional character of Batwoman we got in season 1.

Not the worst idea. I agree that Alice was the best character on the show by far.

Alice was definitely my favorite part of the show. I didn’t expect to because I wasn’t sure how the Alice from the comics was gonna translate to the screen. But Rachel Skarsten…wow, she brought her A game to this show. Especially with the story and what’s being asked of her. There were a few episodes where I kind of zoned out on the main plot, but when Alice’s story kicked in, I was fully invested.

I wouldn’t be opposed to her either playing Kate and just saying they were identical twins or if they just shifted the focus on Alice.

It’s gonna be interesting to see how this all pans out.

I disagree, we had a lot of development with Batwoman from her losing a love to her learning to deal with her killing someone. Alice is a great character but I need a show revolved around Batwoman.

I actually like this idea. My favorite character is Alice. She is such a real rounded character that stands out.
Many times Batwoman is more on the background. Though I still like her and appreciate having representation on TV, Alice is a showstopper.
Who knows, maybe they’ll use her more next season. There is definitely going to be a while different dynamic with Ruby Rose exiting the show

Given the little information we got from the DCDaily episode they are bringing in a second villain & that sounded more like a villain for Alice.

I think they knew Ruby Red was gonna be gone for a while, as they were likely negotiating the “walk away” portion of her contract.so the show runners and writers have had time to prepare. And regardless of Rose leaving, they knew that Alice was the breakout character of that show.

I think they’re going to make Alice a much bigger part of the show to help audiences with the transition to the new actor in the Batwoman role (kinda like how Doctor Who often keeps the old companion around when a new Doctor takes over, so there’s a familiar face in the TARDIS) but it’s still going to be Batwoman’s show. Making the S2 villain someone Alice is afraid of allows you to put her and Kate on the same side.

I have a feeling that rather than just recasting Ruby Rose with a new actress and acting like nothing’s different, DC will try to integrate it into the story since they have the time. Hopefully Rose will be willing to come back to the show for an episode or two and they can write a story where Kate passes on the mantel.

Maybe after overcoming her trauma she’s no longer looking for the justice and revenge she once sought. Or maybe after reflecting on what became of Bruce in Crisis on Infinite Earths she decides that she doesn’t want to risk becoming that herself.

Basically, there are plenty of ways to write Kate out of the story and replace her with someone else. However, I think the show should still be Batwoman. Perhaps there’s a way for Alice to pick up the mantel. I don’t know if it can be done through trauma (lord knows she’s got plenty of that lol), but I’m sure it’s possible if they just bring in the correct writers.

I liked Ruby a lot, but I totally respect her decision. The pressures of this role were certainly unfair for her and I’m glad she’s doing what’s best for her. I just hope she’s willing to do a couple more episodes to create a narrative around her departure.

I understand where your coming from, but I disagree. Just find a new actress for Kate and move forward. If you do that, you keep some of the important characteristics of Kate and something CW wants to do is have a non-straight female playing an out lesbian in the superhero lead.

If you have a strong lead actress in the role, by midway through the second season she will become the version of Kate and if the series survives to a 3rd or more season it will cement that actress as Kate and Ruby Rose will become the anomaly.

Recast the role and move on. It’s no different from recasting a lead role in a movie which is done all the time.

Actress Rachel Skarsten was the MVP of Batwoman Season One.

Alice is certainly a far more depth and nuanced a character than Kate, and I give a lot that credit to Rachel Skarsten.

It’s nice to she how much she has grown and evolved as an actress since Birds of Prey.

I was hoping for a Birds of Prey reunion between Skarsten, Scott, and Meyer, but her Batwoman schedule wouldn’t allow it. 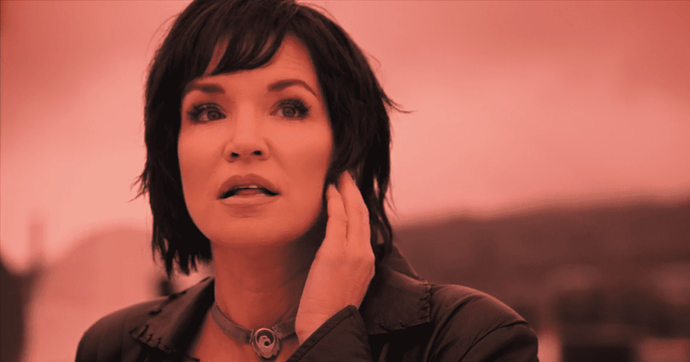 Yeah, would have loved to seen Rachel all decked out as the new Black Canary…for the 9 seconds it lasted until the universe got chomped down on by the Anti-monitor.

I regret that some of the cameos couldn’t have been guest starring roles and we could have seen more variety of Paragons.

Agree that Skarsten is a scene stealer. Did a great job, and her acting chops showed even more when she played both Beth and Alice. Sometimes it seems like an actor can only play one type of role convincingly, but when she played both characters, and made it look easy, she really impressed me. So, obviously I agree that she is the breakout actor in the show.

Now, regarding your suggestion, I don’t know how well it go down with general audiences for Batwoman to become a supporting character in her own show. For me personally, I have one issue with Batwoman so far: it can feel like such a downer. All the psychological stuff kinda took a toll on me, and I felt like it lacked a climax (or at least an inspirational or cathartic one, something I look for in these shows/movies). I feel like making it just about Alice will push it even more in that direction, to the point where the only reason for me to watch it would be for Skarsten’s acting. Of course there’s the movie Joker to prove me completely wrong about the popularity of villain stories, but I know I personally couldn’t sustain watching that on a weekly basis.