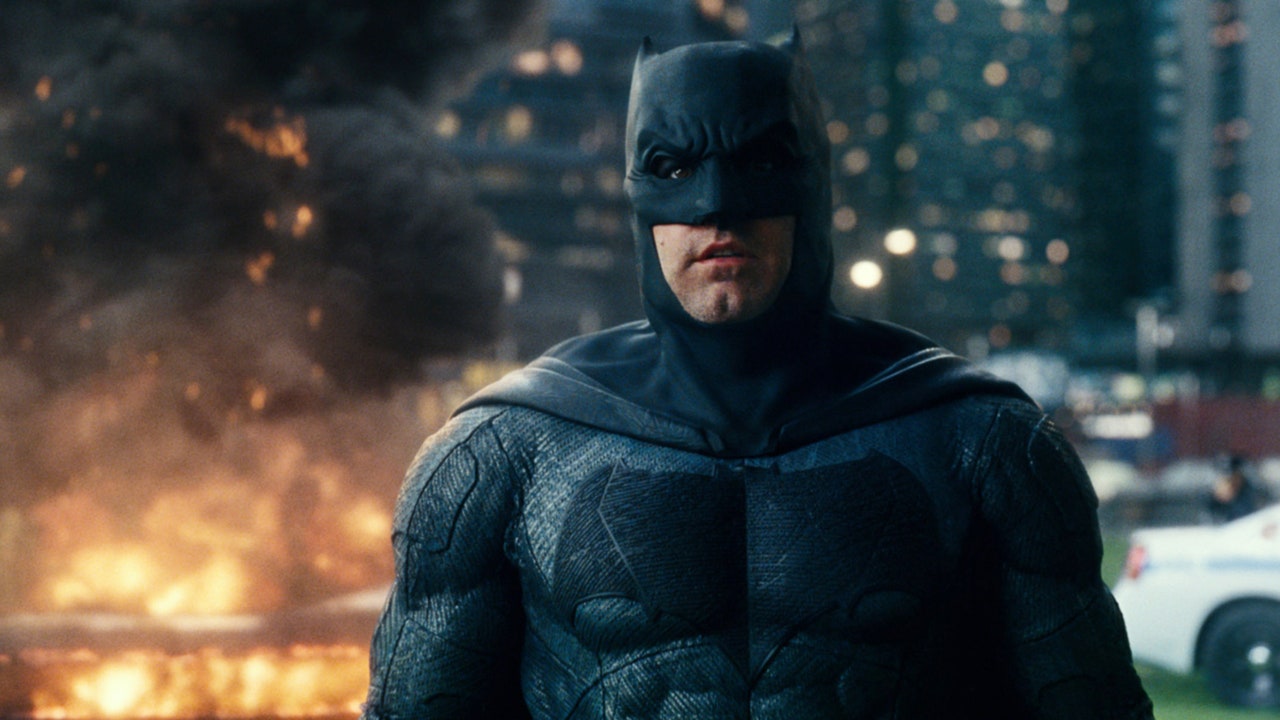 Ben Affleck Will Return as Batman in The Flash

His Caped Crusader will appear in the new film, which explores a DC multiverse.

I came here to post this. I’m sooooooooo stoked. I wish the rumored Batman/ deathstroke/ Arkham movie was real but this is incredible.

YES!!! I don’t think I can be any happier. Today just gets better and better

Holy burying the lead! Not only is Affleck going to be in it, but Michael Keaton as well!

I love Keaton so much, he was my first Batman experience when I was a kid. SO excited for this!

We get more Ben Affleck too?!?

At least this is a good crazy!

I am so incredibly stoked! I loved his Batman so so so much. Perhaps he’ll get a better send off this time!

Some great quotes from the article:

“His Batman has a dichotomy that is very strong, which is his masculinity—because of the way he looks, and the imposing figure that he has, and his jawline —but he’s also very vulnerable,” Muschietti said in an interview. “He knows how to deliver from the inside out, that vulnerability. He just needs a story that allows him to bring that contrast, that balance.”

“He’s a very substantial part of the emotional impact of the movie. The interaction and relationship between Barry and Affleck’s Wayne will bring an emotional level that we haven’t seen before,” the director added. "It’s Barry’s movie, it’s Barry’s story, but their characters are more related than we think. They both lost their mothers to murder, and that’s one of the emotional vessels of the movie. That’s where the Affleck Batman kicks in.”

Affleck won’t be the only Batman making a comeback; a few more of the alternate-dimension heroes who turn up in the Flash movie will be figures we’ve seen before. Michael Keaton ’s Batman from the 1989 Tim Burton film is also set to appear in what Muschietti said was a “substantial” part.

“This movie is a bit of a hinge in the sense that it presents a story that implies a unified universe where all the cinematic iterations that we’ve seen before are valid,” Muschietti said. “It’s inclusive in the sense that it is saying all that you’ve seen exists, and everything that you will see exists, in the same unified multiverse.”

Affleck won’t be the only Batman making a comeback; a few more of the alternate-dimension heroes who turn up in the Flash movie will be figures we’ve seen before.

This. Just think of all the possibilities here. Obviously Grant Gustin’s Flash needs to be in this now, hopefully as a COIE callback. Wish list for other DC Multiverse returns:

Oh man, I didn’t even think of that in relation to other characters. With that in mind, Gustin is a possibility, if only just replaying the scene we had in COIE.

I also hope this movie in someway canonizes the Snyder Cut in the multiverse, either as an alternate timeline to the main DCEU or a completely different universe altogether.

I think making The Flash movie be a multiverse-hopping movie is PURE AMAZING GENIUS. Get Bale in there too, why not? If this will be what I think this will be, it could be the best comic book movie of all time. Tying DC movies, past and present, together in a single continuity, as part of a multiverse makes just too much sense!

P.S.: Bonus 20 minutes if they include more of Barry’s visit to the Arrowverse

I also hope this movie in someway canonizes the Snyder Cut in the multiverse,

I mean, nothing that has been done yet in any of the other movies would imply that the Snyder Cut isn’t the real version. Literally the only reference to JL so far has been in Aquaman, with Mera talking about the fight with Steppenwolf. In fact, from what James Wan and Zack Snyder have said, Snyder’s original version of JL actually leads straight into Aquaman.

Also, without going into spoilers, from what Snyder has said in the past, it sounds like events in ZSJL will lead straight into this Flash movie.

Really, the only things I can think of that might cause timeline divergences are the appearances of the New Gods if/when Ava Duvenay’s New Gods comes out.

If they want to call the Snyder Cut the official in-continuity entry, I’m fine with that. Make Whedon’s JL a Dark Multiverse dessert for Barbatos lol

Ben Affleck to Return alongside Micheal Keaton in the upcoming Flash movie!!!