I’d love to see at least a mini-series of stories about Abin Sur’s life before passing the torch to Hal Jordan.

It would be fascinating to see several adventures with Abin and Sinestro together. Time prior to that would be intriguing as well. 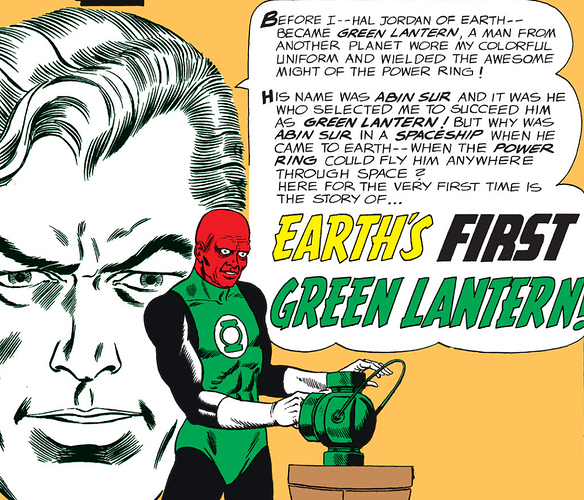 Abin Sur is actually very present throughout some significant stories within the past decade or so.
Just prior to Blackest Night, Hal Jordan’s origin is retold in Green Lantern: Secret Origin. If I remember correctly, this occurs just before he aquires the ring. Because of this, there’s a fair amount of time spent on Sur and the progression of events that led to his crash landing on Earth and subsequent death.
I can’t remember where exactly, but his spirit briefly appears
during Blackest Night to assist Hal in his attempt to prevent the rise of Nekron, the Black Lantern Corps’ entity of death.
Abin Sur is also the current Green Lantern during 2011’s Flashpoint. During this alternate timeline, he survived the crashing of his spaceship. Thus, he has a three-part mini-series detailing his actions throughout the Paradox.
As far as I know, the most recent time we’ve seen Jordan’s predecessor was at the beginning of Hal Jordan and the Green Lantern Corps at the very start of DC’s Rebirth. *Abin has a spiritual moment with Hal in the etherial realm dubbed the Emerald Space, which essentially used as a memorial to fallen Lanterns. This is also where their spirits will ultimately go when they die.

I hope this helped, if even a little! While a series detailing his younger years would admittedly be really awesome, the writers have done a great job of acknowledging the legendary Abin Sur. Hopefully that’s enough content for now to at least alleviate that desire for more Abin Sur!

It would be fascinating to see several adventures with Abin and Sinestro together.