A Tale of Two Billionaires 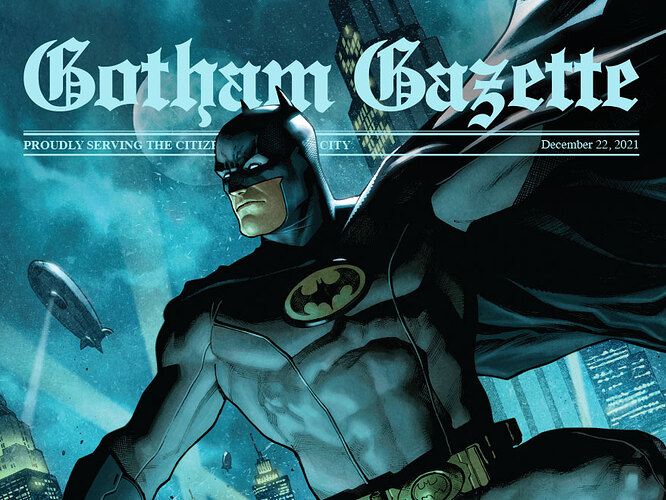 Between Bruce Wayne losing his fortune and Dick Grayson gaining his, I’ve been doing an awful lot of writing about billionaires lately. Now Lex Luthor, another notable DC Universe billionaire, has entered the chat, and things are about to get interesting. Joshua Williamson (who has one of the greatest first names in history) is the latest Batman writer, and his story kicked off with fireworks, cosplay and murder last month in Batman #118. The first chapter ended with the Dark Knight learning that Lex Luthor has taken over the funding of Batman Incorporated, which can only mean trouble for the world.

Over the years, creators and fans have delighted in pitting Batman and Superman against one another, but I always thought Lex Luthor was a more interesting adversary for the Dark Knight. Superman and Batman work better as allies who keep each other in check, whereas Luthor presents an interesting challenge for the Dark Knight. Batman can’t punch his way out of a Lex Luthor scheme, and the maniacal mogul can hold his own against Bruce Wayne’s wallet. Of course, now that Bruce Wayne has lost his fortune, the power dynamic between him and Luthor just got a bit more interesting.

To read more about Batman and Dick Grayson and their new dynamics, head over to DC Comics!

Do you prefer Batman’s stories with or without his fortune? Let us know in the comments!

I actually really like how this series is looking right now. Lex is a great opposite for Bruce, especially now that Bruce has no fortune. I also love the dynamic that Lex knows who Bruce is. It adds a whole different level to this, and it goes way beyond money now.

We see a lot of Lex vs Superman, it is nice to shake it up a bit and get Lex vs Batman but not have it be a battle of the wallets. Because they are also two brilliant people. I can’t wait to see how this goes, and with the added bonus of Batman Inc. involved. Hopefully Lex doesn’t mess them up too bad.

I am an escapist character. I am better with the money.

I like the idea of Bruce and Lex squaring off. I like the energy each brings, especially because we’ve seen both tie the hero/villain line in various iterations.

I prefer Bruce having his money (and Alfred). Stories that explore Bruce stuck somewhere with access to resources are great, but the fortune and Wayne Manor are just staples of his background that I’m not interested in seeing him lose or deal with.

Do not worry. I am never getting rid of my giant penny and dinosaur. Those things are like family to me.