A Revelation With Titans

Good afternoon folks of DC Universe, and the members who are waiting for season three of Titans, watched it, or have interest in watching it. About ten minutes ago I had the realization that Titans is following the season formula with Teen Titans. What about I mean by that is that in the show Teen Titans by the seasons you had it focus on a specific character fully. In season one of Titans you had the focus on Raven, while in Teen Titans you had the focus on Robin. Where as in season two of both respective shows the focus was on Grayson going into Nightwing and the other was focused on Beast Boy and Terra. Now, with season three coming up I see the focus of the episodes going to be on Starfire.

Does anyone else see this pattern where Titans might do five seasons? However, who do you think will fill up that Cyborg focus. If you disagree with this please share your thoughts. 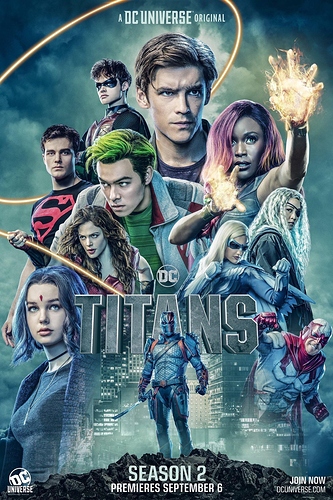 It certainly makes sense, and just like the Teen Titans cartoon they disperse a variety of additional character arcs throughout to spice it up. Although it would be cool to have a Titans show take place in space/Tamaran, my guess is they’ll have Blackfire mess with the team on earth. Raven, Donna, and Jason are all probably going to sit this season out, maybe with an episode alluding to their return, but hopefully they can make a more focused season with a smaller cast.

The writing for this upcoming season needs to be better and nore beneficial. Less Bruce airtime, and don’t make Hank try to win Dawn back.

i love this show

Yeah, they definitely do this. Unfortunately, the writing feels kind of shallow for such deep dives on these characters. We spend an entire season focusing on these characters with such little depth. I’ve always said that the weakest aspect of this show is writing and characters. Raven is a stereotypical “emo girl” I guess. She’s basically a walking cliche for the first season, which made it almost unwatchable for me. Every issue felt like an out of touch writer writing what they think a struggling teenage girl is like.

I wish they would either working on developing their characters and writing more to break out of these cliches, or just spread out the season focusing on all the characters together. One character under the current circumstances just can’t carry a season (even ones I love like Dick). That’s my take on it.

I know tons of people love this series, so no hate or disrespect towards them. And definitely no disrespect to anyone actually working on the show. I’m just a dude on the internet. I have no clue what kind of pressures a person is under working on a show like this. So the fact that they made anything is impressive and cool to me. Just sharing my personal thoughts/observations.