Thanks so much! It’s been wonderful so far

Hello, new friend… and, well, boss cough! I’m glad to have you aboard and am especially excited to work with you to create an even better community

Oh my goodness I didn’t see this til now, Hello @Jitsu my name is @Reaganfan78, welcome to DC Universe Infinite, it’s great to have you here, right now I’m calling myself S.T.R.I.P.E.78 due to playing the Tuesday trivia game and after that I’m back as Reaganfan78. Anyway it’s great to meet you. Have a great weekend.

Guess you’ll be taking over the Office Hours from @Alec.Holland, it was great having him for a while.

@staticshocks: Hey Reaganfan78, wait a second, I need to tell you something! 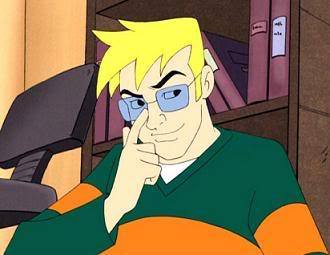 Reaganfan78: Sure Static, what’s up? 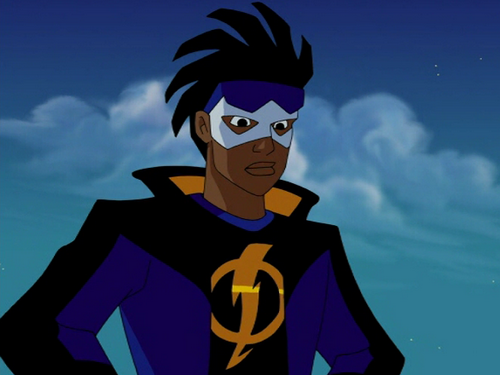 Static: We finally got the new Moderator, here’s the address, be sure to say hello.
Reaganfan78: Thanks, will do.
(Hours later) 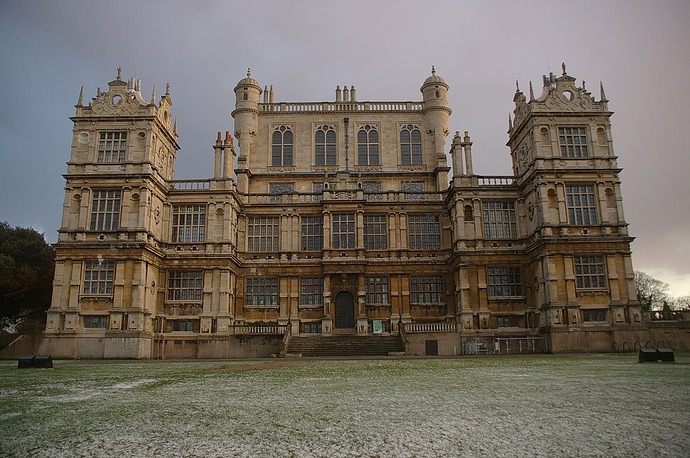 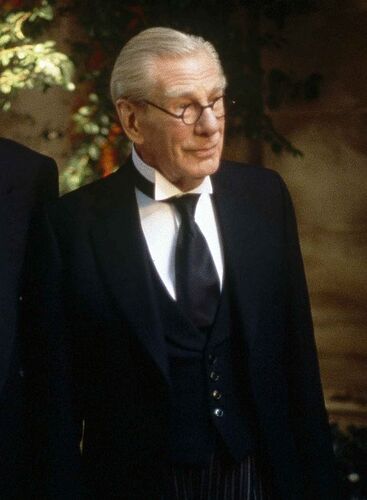 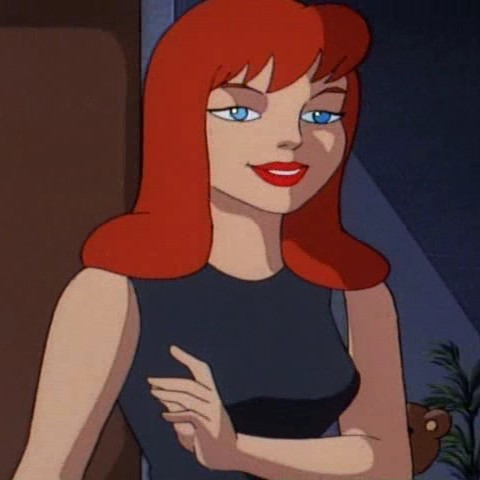 @Applejack: Oh hey Reaganfan78, I was just leaving, please enjoy meeting and having Jitsu here, he’ll be taking over from now on. Bye.
Reaganfan78: Bye Applejack we’ll miss you and thankyou.
Alfred: If you please sir…Jitsu is in this room.

Reaganfan78: Whoa he’s Batman! I wanted to say welcome @Jitsu, it’s great to have you here. 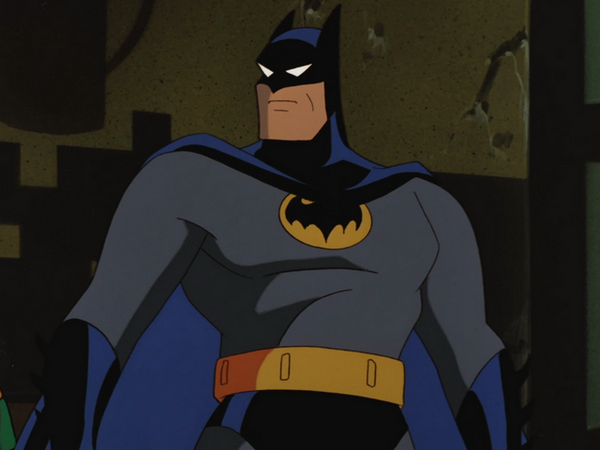 The End…This is just a beginning.

Welcome. I recommend Picking up Dark Knights of Steel if you haven’t already. =)

Nice to meet you and welcome, @Jitsu!

I’m a little late to this party, but a late welcome is better than no welcome so…. Welcome! From your responses in this thread, it looks like our community is in good hands

. Hope you drop by the Collector’s Corner area of the forums and check out what’s happening there.

As Janice says on Friends, “Oh. My. GOD!” you and I are kindred spirits in so many wonderful ways!

You are wise and I wish to subscribe to your Deep 13-sponsored newsletter.

Mystery Science Theater 3000 is my all-time favorite TV series (Mike tends to be my fav host, but I love all of them), while The Simpsons is second. I’ve loved both since I was a child.

The Space Mutiny episode of MST3K is peak comedy.

Oh, Space Mutiny! That’s a great one, for sure. “Buck Manchest!”

A few of my fav episodes: Mitchell, Monster a Go-Go!, Godzilla vs. The Sea Monster, Beginning of the End, The Final Sacrifice, Final Justice, The Giant Spider Invasion, Reptilicus, Mac and Me, and what is quite possibly my all-time fav episode of the Mike era, Invasion of the Neptune Men.

“Can’t get enough of that Sugar Crisp!”

I also love the movie. “Hey, the floors look great!”

My favorite episode of The Simpsons is 22 Short Films About Springfield.

“You may purchase this charming Hamburglar adventure booklet. A child has already solved the puzzle, the answer is fries.”

I’ve been collecting 'em for 33 years, with 32 of those including DC product.

That’s pretty rad that you got first dibs on schtuff. Getting first dibs is most schway.

I love Superman! I’m admittedly more of a Batman guy (edgy!), but I think as I grew older, I learned to really appreciate him as a staple of pop culture, and as a symbol.

From the time I got into DC when I was 6, and until I was 22, Batman was my #1 with Superman being a very close second-favorite (as close as one could be without being tied for #1, TBH).

In 2006, Superman became tied with Batman as my #1 and then in 2007, he “officially” overtook Batman for the #1 spot, which is where he still is to this day and likely always will be.

Superman is my #1 favorite DC character and franchise, while also being my favorite fictional character. I love Superman, to put it mildly.

While I love all of the major DC heroes (of which, Booster Gold IS a part of that group, no matter what anyone else says

), Superman and Nightwing are the two I most heavily identify with, as I have strong personality traits (among other things) that are nearly to 100% identical to those that Messrs Kent and Grayson share.

My all-time favorite DC title/storyline has got to be Dark Knight Returns.

Circling back to action figures, have you heard about McFarlane Toys’ upcoming figures for The Dark Knight Returns in their DC Multiverse line?

If not, the series will include Batman, Robin, Joker and Superman. When you buy all four, you can build Batman’s horse! Here’s a promo shot of the whole affair: 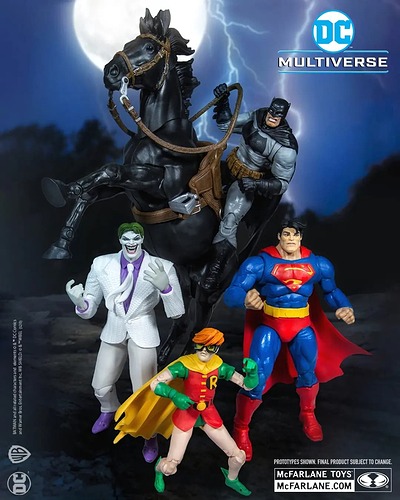 Currently available from McFarlane on the TDKR front is this beefy buckaroo: 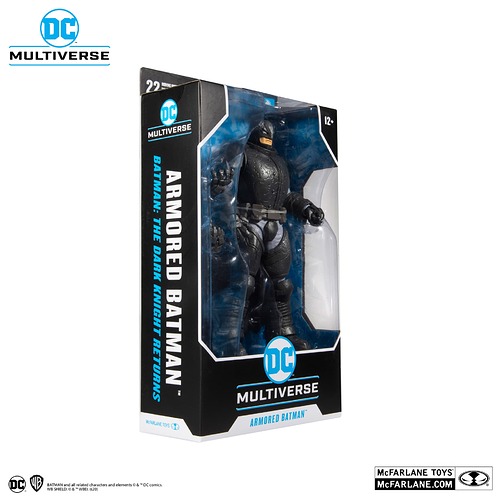 As for my fav series and story, I don’t know that I can pick one definitive favorite of each, but three of my absolute all-time favorite series are:

As for favorite stories, offhand I would go with:

My love for anime runs DEEP. Cowboy Bebop will always be my #1, but my other favorite movies/shows are Samurai Champloo, Ghost In the Shell, Demon Slayer, Vinland Saga, Appleseed, Castlevania, and many many more. Really looking forward to the live action Cowboy Bebop show!

I love all of the things you said!

My favorite anime series are:

My fav anime movies are:

I’ve got high hopes for the LA Cowboy Bebop. Most LA anime adaptations have stunk (especially Dragonball: Evolution), but we’ll see what’s cookin’ on the Bebop, come this Friday!

admits that he loves bell peppers and beef, especially when its lean on the peppers and heavy on the beef

My favorite movie is easily the Lord of the Rings–The Two Towers.

Ermagash! My favorite movie is The Return of the King!

I respect gravy as a bev, BUT I believe it has a particular skillset that is best suited as a topping/dressing. But I won’t food shame anyone, ever–drink all the gravy you want!

Gravy is indeed best-suited for drizzling atop all manners of nummy nom-nom. While I joke about drinking gravy, I’ve never actually done it.

However! If another Fan Event comes about and I was in attendance, I might be persuaded to take a swig from a WB-purchased can.

Tough question…is this the whole cast from each side? I’ll have to do some more thinking on this one.

It can be the entirety of the Joes and 'Formers, if you like.

As an ardent G.I. Joe guy since childhood, I know that they’d kick the metal cabooses of those who hail from Cybertron.

If nothing else, they’d just fry 'em with a giant EMP device because the Joes always have giant, impractical devices on-hand. Fact.

Count on it, Ace!

So many to choose from! I love the animated Dark Knight Returns movie SO much (see above). But I also really enjoyed the most recent Suicide Squad movie, and I like the Nolan films as well!

My current favorites (which tend to change, in some cases) in the animated DC ecosphere:

Rises is a little long in the tooth and wonky at times, but overall, the series is the second-best movie trilogy of the 21st century, so far (after the LOTR Trilogy, natch).

I hope that appropriately answered your Qs!

It did, it really did! You and I seem to be cut from the same cloth in many respects, so I’m confident we’ll be DCUI buddies in a Superman and Batman kind-of way.

Just don’t try your Kryptonite ring on me, m’kay? Kryptonite doesn’t work on this guy who can also see through lead.

Sorry for the late welcome, just saw this, but welcome aboard and look forward to seeing what is to come. One question pizza, pineapple or not?

That’s all I need to hear. Welcome aboard!!

@Jitsu Thank you for your warm & thoughtful intro! Welcome! I’m fairly new to the community myself and I’m enjoying it so far! All the best wishes for your success!

I got it when it released, and LOVED it. It’s a perfect overlap of my interests and tastes!

and Welcome to this awesome™

Hi, Jitsu and welcome to the Community! I’m excited to have you joining us.

@Jitsu Is there a story behind the name?

Great question! There is, but it’s not all that amazing: I did JiuJitsu for a brief period some years ago, before focusing more on boxing. I kinda liked how it sounded as my online name, and it eventually stuck!

Playing the Uno Reverse card here–is there a story behind yours?

I took jiu jitsu for a year- still love following fighters who are masters at it like Charles Oliviera or Kron Gracie, or Demian Maia, Frank Mir, Jacare Souza, or Rafael Lovato Jr. in years past.

Do you have a favorite boxer? I’m a huge Muhammad Ali fan and love watching Vasily Lomachenko and Naoya Inoue.

Same sort of not really interesting story behind mine- my favorite DC villain of all time is the Joker, but I assumed there were probably already 100 Jokers on here. So I went with one of my favorite Superman the Animated Series villains.

Earlier this year, I started making custom action figures so the name fit better than I had originally intended