A DC Action Figure/Statue/Bust A Day!

In the spirit of @MisfitCMJ’s “A DC Comic Cover A Day!” thread in the Comic Books section, I thought it’d be fun for folks to post pics of assorted DC action figures, statues, busts and the like each day (or whenever you want, really). One or ten, post a picture of whatever snazzy schtuff floats your boat.

I’m quite chivalrous, so I’ll let the lady go first. From Hasbro’s JLA line (and eBay for the photo), Wonder Woman. 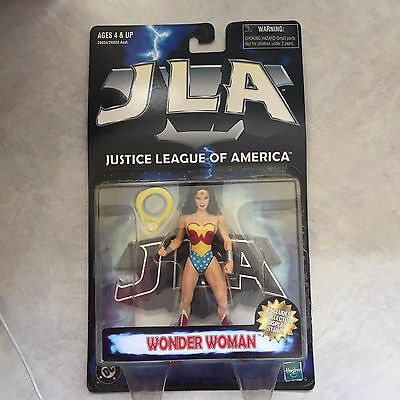 . For my first one I’m gonna be predictable and go with Superman. Here’s his Sideshow figure from 2015. 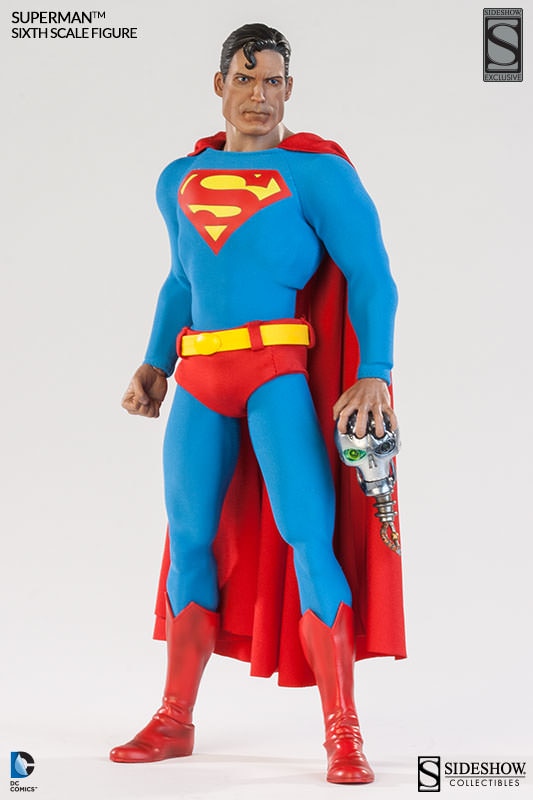 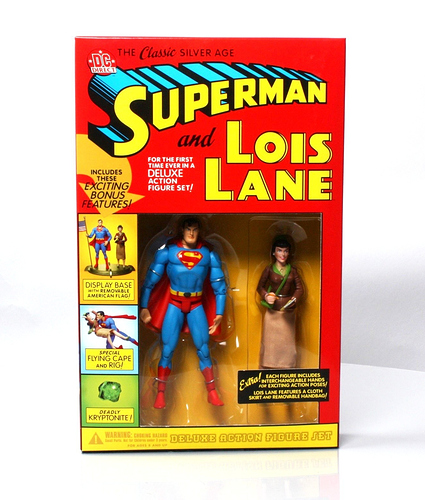 Ah…DC Direct and your wonderfully sculpted, comic book accurate figures…how I miss thee! They continued that trend when they changed their name to DC Collectibles with the Designer Series action figure line, which seems like its been discontinued. Here’s a taste: a couple of Lee Bermejo designed figures that I am very fond of (image cropped from an overall picture of one of my shelves). 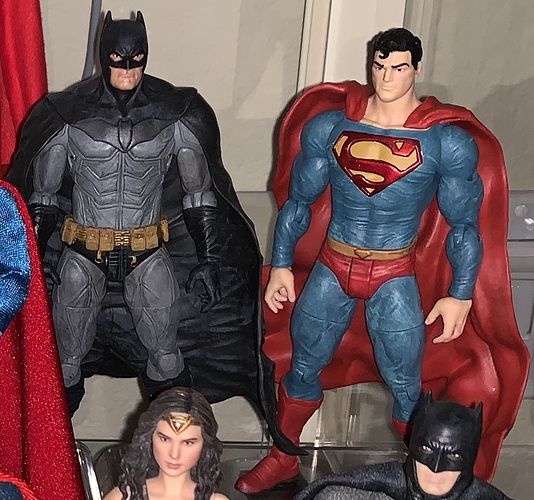 The best Power Girl figure of all time: 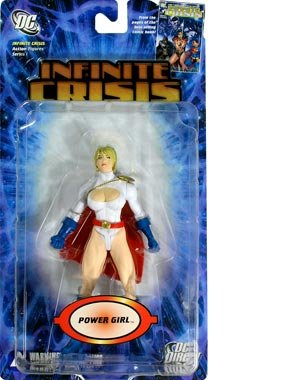 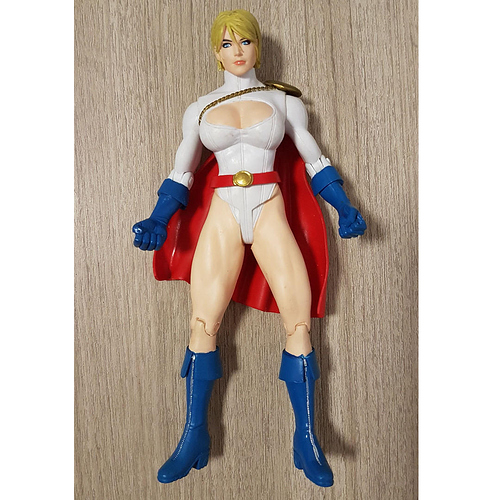 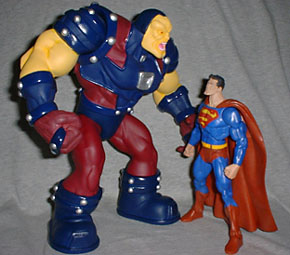 Dang. There’s zipper details on her boots… sweet! No…that’s not the first thing a dude notices when looking at Power Girl, but gotta keep it PG! It is pretty cool that they paid that much attention to detail though

It is pretty nifty. 13 years later, and that PG still beats out the 13" figure from DC Direct, the Superman/Batman PG and the DC Universe Classics iteration.

I wouldn’t mind seeing McFarlane do PG figures in her gold and yellow suit and/or her modern looks.

Speaking of her 13" figure, here it is (Google image). 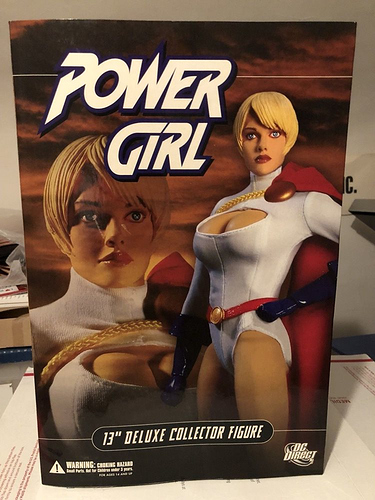 This is a Batfleck Mattel action figure i have, it was a justice league line that Mattel released that was nice and cheap, kinda like the batman missions line. 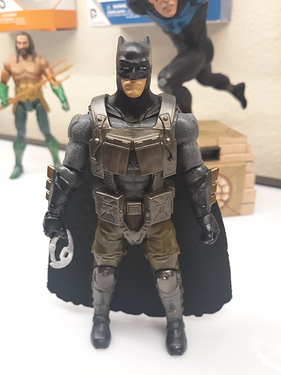 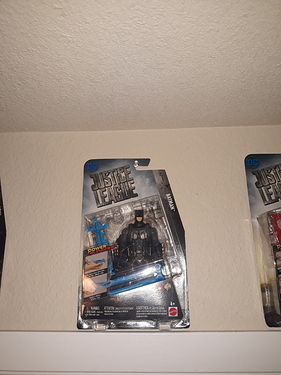 So he’s got the main suit, some of the armor from the Supes fight, and… shorts that resemble the Knightmare getup? Looks like they combined all three looks from the movie into one!

I guess so! I found him, flash and superman all at five or below. Not bad.

Holiday discount, 7 for the price of 1. Love this little retro section in my cabinet. On display are the only surviving Super Powers figures in my collection (the rest were sold). And behind those are the Super Friends DC Direct figures for the Trinity (had the whole set, but also sold the rest). This is nostalgia at its best

And in front of the previous sets is a continuation of the retro theme with DC Direct’s First Appearance figures of, again you guessed it, The Trinity (this will be a recurring theme for my stuff, sorry!). Love the cloth goods portions of the costumes. 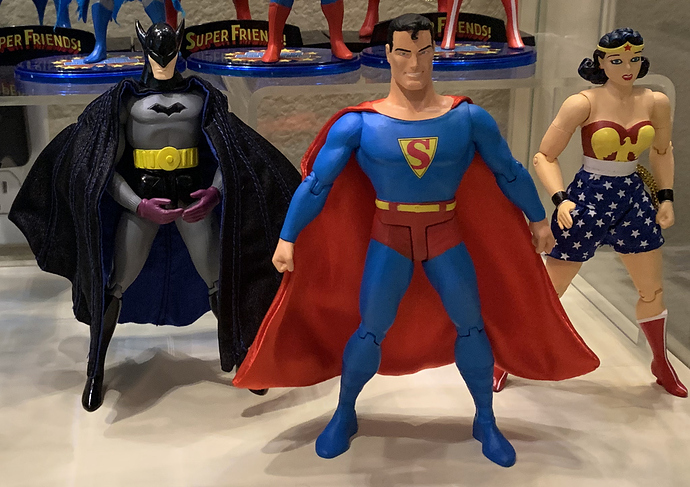 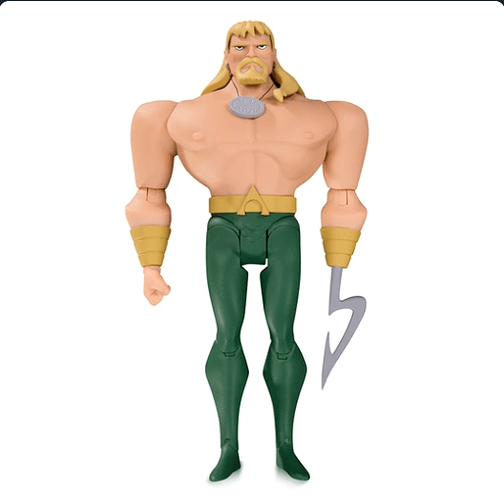 Holiday discount, 7 for the price of 1. Love this little retro section in my cabinet. On display are the only surviving Super Powers figures in my collection (the rest were sold). And behind those are the Super Friends DC Direct figures for the Trinity (had the whole set, but also sold the rest). This is nostalgia at its best

I’ve said it before, but I’ll say it again: Man, I love being a turtle!

Regarding the Power Slingers waves of the Justice League movie line, there’s also a second series that features variants of Superman, Wonder Woman (with a net!), The Flash, Batman and two variants of Cyborg, with the below being the best of the two: 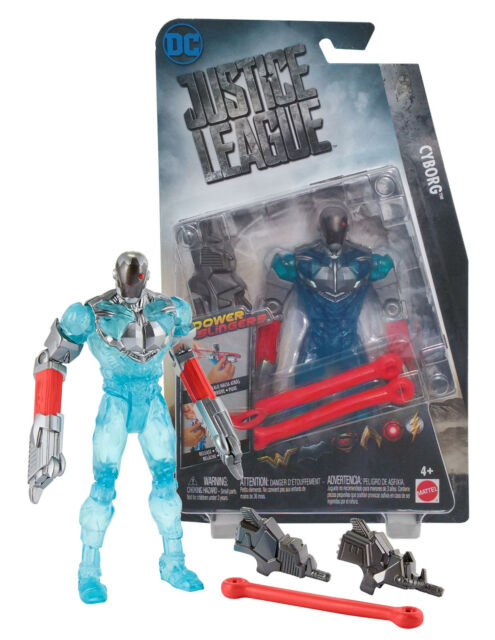 The first wave of Powers Slingers showed up at Target and then eventually Five Below. I’d sure like to see the second wave show up there, as the above Cyborg figure is all I’ve been able to find from it out in the wild. 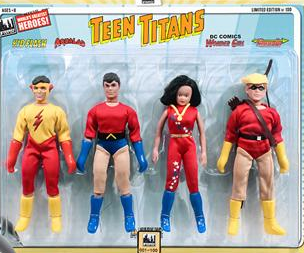 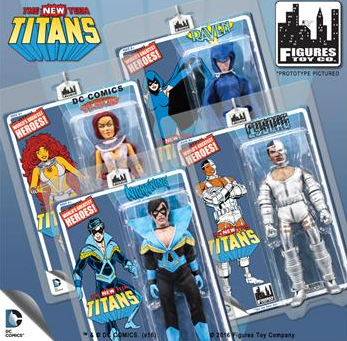 From Google Image Search comes the daughter of Trigon herself, Raven! 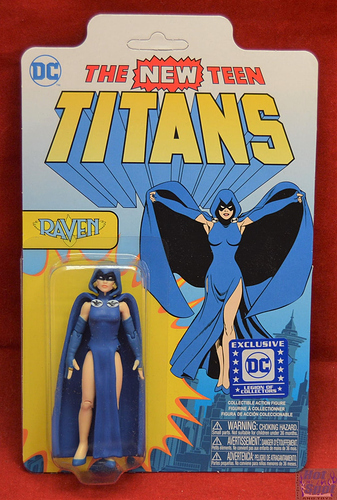 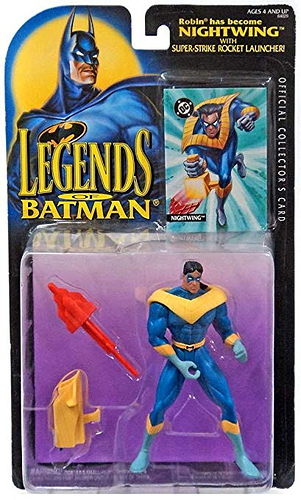 The second Nightwing action figure (not counting WB Store exclusive repaints of the above): 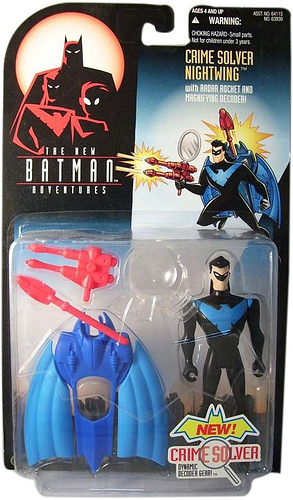 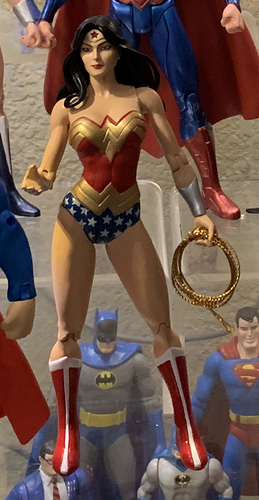