3 Heroes to Combat My 3 Villains

I choose Darkseid, The Anti-Moniter, and Nekron. We can vote on if we think the heroes or the villains will win. You may choose any hero, but you need a compelling argument to win over the crowd. 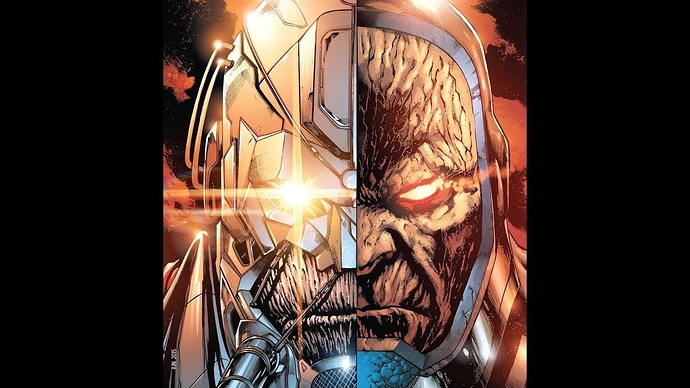 Any individual one of them tends to require a large group of heroes to counter them, so I’m not sure there’s a good answer to this. Here’s my best picks:

Darkseid: Orion. Orion has to kill Darkseid at some point, so he’s always the surest bet.
Anti-Monitor: The Spectre. He needed to be powered up to match the Anti-Monitor during the Crisis, but the Anti-Monitor was also boosted from the energy of blowing up infinite universes. And if anyone deserves punishment, it’s the Anti-Monitor.
Nekron: The Phantom Stranger. He doesn’t tend to mess around with this sort of thing personally, but he’s another potentially-omnipotent type who I think could maybe keep Nekron at bay. Possibly.

Good choices. I figured Spectre would be a good choice. Didn’t figure in Orion though.

I don’t need three heroes. Mine is one word, Batman. Why? Cause he’s Batman. End of debate.

I concur. Phantom Stranger isn’t used enough and I think he really has Spectre level powers, he just chooses not to use them.

Orion, I see the rationale for and it’s a good argument. However I think he can’t bring himself to do it, because of the personal implications. He has to rule Apokolips, for one. But, I think in the end Darkseid is to Orion what Joker is to Batman. If he kills Darkseid, Darkseid wins.

The only way for it to work, IMO, is Spectre and Phantom Stranger win their battles. Only the do you have a 3 hero team up to take down Darkseid.

Dr. Manhattan, Superman Prime (One Million) and Batman wielding a lantern ring in every color.

Superman would bash Darkseid’s face in. There’s precedent too, as he’s actually done it in different mediums.

Anti-Monitor…Dr. Manhattan. He’d make that little smile of his then vaporize Anti-Monitor into nothing. Then he’d turn his attention to AM’s mother, Perpetua.

For Nekron, Hal Jordan would be a likely candidate, given the events Blackest Night. I’d be thrilled to see The Phantom Stranger kick some ass though, so he gets my vote to bring down that crusty jerk.