2020 was a load of a year in our pants, but with the bad there was good, especially in the world of DC Comics-based toys, collectibles and other ancillary merchandise. 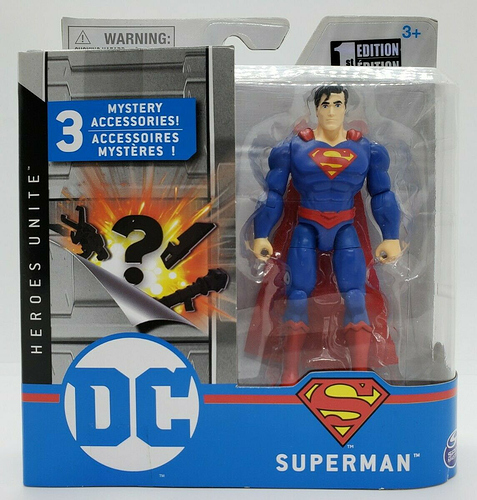 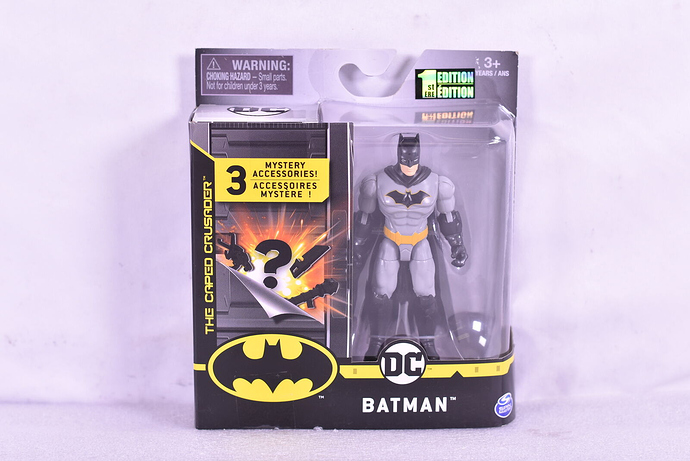 The character variety, sculpts, articulation, accessories, availability and pricing across both lines was absolutely fantastic. I can’t say enough good things about what Spin Master is doing with the DC license. In my years of collecting, Spin Master has absolutely and unequivocally had the best Year One performance out of any new DC licensee. 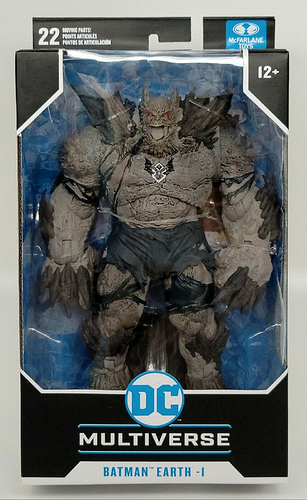 He’s a huge chunk of an exceptionally detailed figure. Sculpt, articulation (even his tongue moves!), mass, this Dark Multiverse Dark Knight absolutely has it all. Truly a standout in a line that is full of standouts. 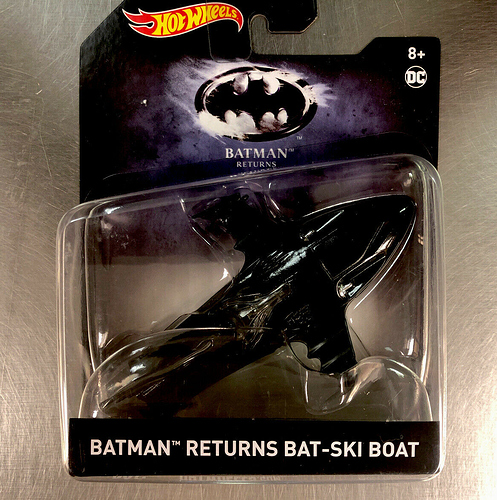 While hard to find for a while, this superbly detailed vehicle has since become an easy find and is highly recommended for anyone who likes Batman and/or cool stuff. 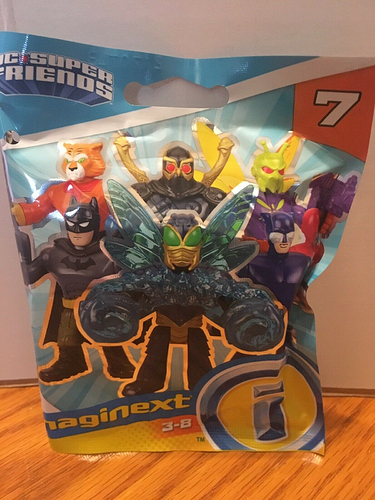 From a comic-accurate Batman that appeared in Tom King’s run of the current Batman series, to the Court of Owls Talon (Mattel’s first figure of them), classic Killer Moth, Wildcat, Bronze Tiger and the very first figure of JSA adversary Killer Wasp, this series was wonderfully designed and executed.

● Favorite Character That Made a Surprising Number of Appearances: Killer Moth. 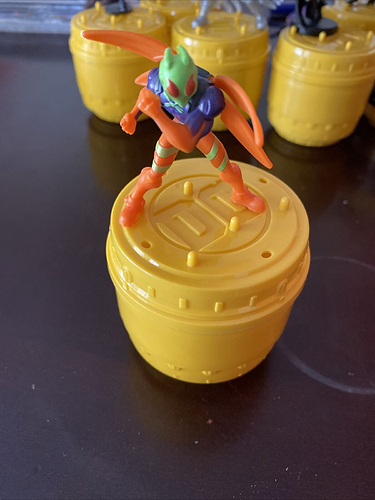 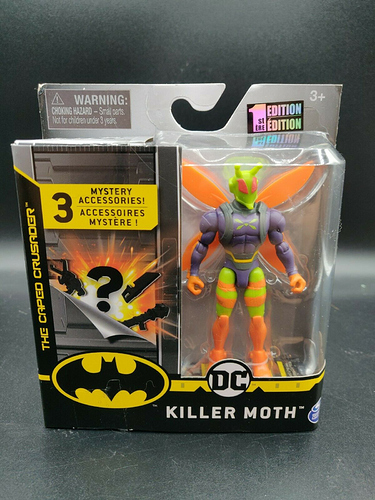 versions of this sometimes derided, but always cool, Bat-villain while Mattel produced their second figure of the classic version of the character via the aforementioned assortment of Imaginext figures (and seen in the series 7 packaging picture above). For a character that had gone a decade since his last figure, Killer Moth spread his wings in 2020 and then some.

So, those are my picks for the best of the best in 2020. What toys and other fun merchandise were your favorites this year?

Still haven’t gotten my hands on this, but MAN do I want to… 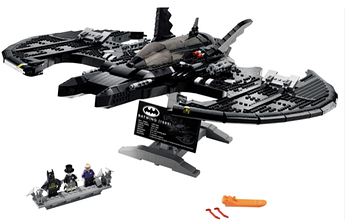 @moro Indeed, indeed. It can be whatever you enjoyed the most this year, be it current or vintage pick-ups.

@Rip_Rubbler That looks schway. I’m guessing its expensive though…in the neighborhood of $300 at minimum, I assume.

Oh yeah, believe me, if it didn’t cost that much, I’d already own it twice… 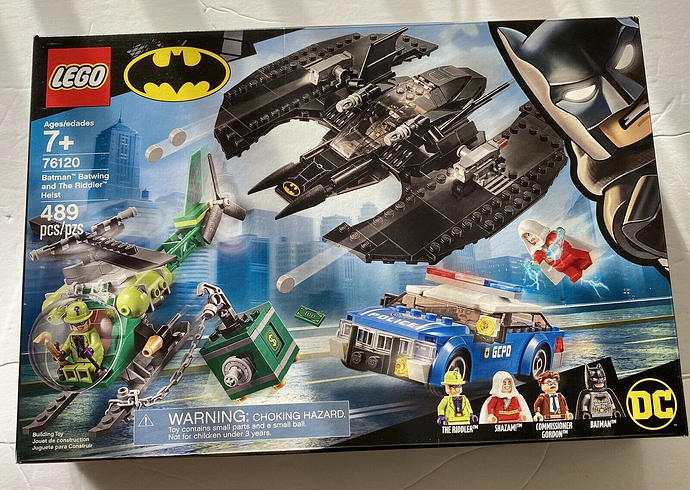 @Vroom, I agree with your pick for McFarlane. Though, it has been a mostly Batman and Friends affair in 2020, I just can’t argue against them. If you’re the collector type that follows a figure line, you’ve probably built one heck of a DC collection in 2020 from McFarlane. The sculpts, paint applications and articulation (I admittedly don’t care about that last one so much) rival those of import figures, at a fraction of a price. The future’s looking bright here, especially once they (hopefully) outgrow the Batman phase.

I don’t collect figure lines though, I collect figures and statues of the DC Trinity, so my picks will be a bit different. Here’s some highlights from my 2020 pickups.

I must admit, my taste has been migrating lately more towards statues, and statue-esque figures. I’m also finding that the focus of the collection is shifting more towards Superman than the other two Trinity members. Overall 2020 was a good year for the collection… not so good for my pocket book

Item that I wanted but didn’t buy in 2020: Injustice Lobo, by Storm Collectibles. 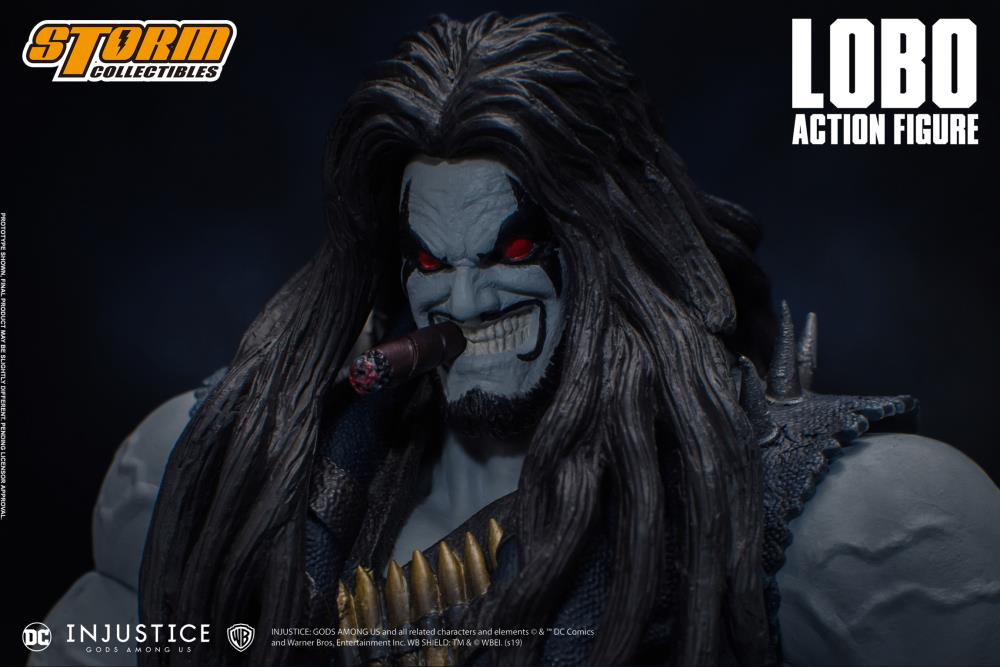 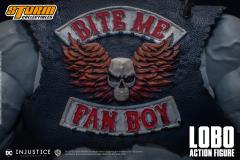 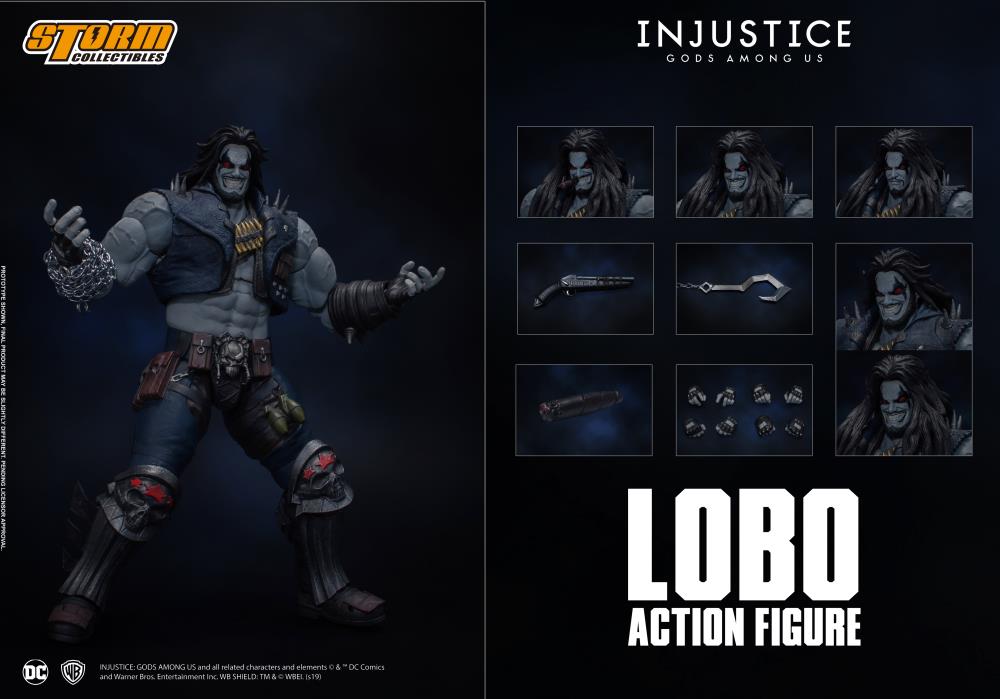 Hmmm… items I wanted but didn’t get. There’s like, several figures from McFarlane. Arkham Knight Batman, Dark Nights Metal Batman, Infected Superman, Wonder Woman 84 (the regular one). Have the Gold Label Batman and the Death Metal Trinity figures been released? All stuff I never ordered. Trying to be very selective with McFarlane, otherwise they’ll just end up taking over the collection.

Have the Gold Label Batman and the Death Metal Trinity figures been released?

The first Death Metal Batman comes out early next year (with The Drowned, Rebirth Robin and Red Son Superman), while the full DM Trinity comes out around Spring.

I think the McFarlane-designed/Gold Label Batman is early next year, but I’m planning to pass on it, so I haven’t been keeping up on the specifics of when it’s due.

In reviewing what happened in DC merchandise this year, I’d like to tip my hat to Walmart.

Walmart…where the Dark Knights wave of DC Multiverse was initially exclusive to before eventually being available at other stores.

Few other retail exclusive arrangements in 2020 were as much of a bewildering misfire as the above.

Walmart lowered the price of Multiverse to $15 and change and had empty pegs at many stores for the line, just in time for this particular wave.

Did they deliver and have these figures during the initially stated exclusive window? Absolutely not.

I live in a large city packed with Walmarts, as well as McFarlane Toys themselves. I’ve been to their offices, which are nice. Do I blame the distribution hiccup of this wave on them? No, not really.

Do I blame it on Walmart? Absolutely. A store I frequent only just put out the Dark Knights display three days ago, long, long after it should have been.

Sure, **** happens on the distribution level at times and plans sometimes don’t work out as stated. This has happened many times with many lines (DC and non-DC) from many companies at many retailers over the years.

However…Walmart was positioned as being the place to initially get this wave and, in my hunts at least, they failed. Target and Amazon excelled with the Dark Knights wave where Walmart should have but, in my experience, did not and is only now getting the wave in.

Walmart, the next time you ink a deal involving a limited, exclusive window of availability with a company, please try to actually have the product you contractually agreed to carry in said window.

Must say… I share your sentiment but I’d add Target to the mix. My local Walmart and Target are terrible when it comes to stocking McFarlane figures. Every time I visit, all I find is a few Spin Master figures and maybe 1 or 2 McFarlanes, usually wave 1 or WW84. I still have not seen Arkham Knight, Infected Superman, White Knight or any of the other post wave 1 figures on the pegs. I’m not the type to drive distances to hunt for stuff at other branches, so I resort to online purchases. Still, would have been nice to see some of these figures I’ve been on the fence about in the wild.

seems like prop replicas are fewer and fewer especially with DC collectibles out of the game now I hope someone picks up the slack. I’ve been trying to declutter so have had to narrow down what I collect and landed on Props Replicas.

For me McFarlane Toys has knocked the ball out of the park (and you can tell from my reviews), and ultimately win the year of 2020. That said, Spin Master did have a strong showing with their 4inch line of Batman and DC. They give me great hope for the future of those lines.

LEGO had a sub-par year for me, with nothing totally wowing me. Imaginext was par for the course (not saying that is bad, but pretty much the same). Definitely filling a little void over the past few months without seeing new smaller scale statues, left by DC Collectibles.

On the smaller scale statue front- Iron Studios is producing some fantastic product. Check them out if you haven’t already.

LEGO had a sub-par year for me, with nothing totally wowing me. Imaginext was par for the course (not saying that is bad, but pretty much the same).

Agree on the Lego front.

I thought 2020 was pretty good for Imaginext (their single-bagged figures were especially great). After I find the large King Shark, I might call it good on Imaginext as that strikes me as a good stopping point so as to more concretely focus on McFarlane and Spin Master.

Of course, as is habit with DC Imaginext, I’ll attempt to step away and then they’ll debut some rad, new surprises that’ll pull me back in.

Jada Toys had a good showing last year. Their Target-exclusive 20-pack of mini-figures was a great surprise, as was their line of mini-Batmobiles.

In the Internet Age, it’s fun to still be surprised when you see something brand new to you in the aisles. Jada’s good at surprises.